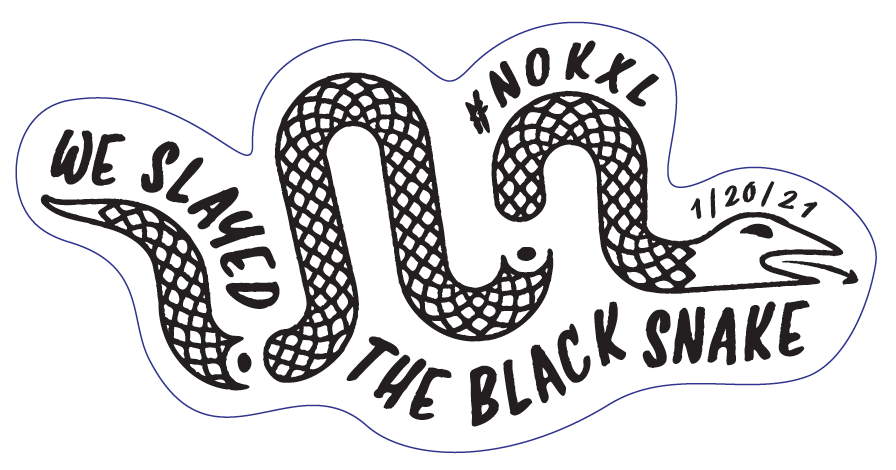 Attorneys for Bold Nebraska and the Ponca Tribe of Nebraska sent a letter to the Nebraska Public Service Commission (PSC) on June 14, asking the Commissioners to review their Nov. 17, 2017 approval of a route and eminent domain authority for TC Energy’s Keystone XL pipeline — which was formally terminated by the company on June 9th — and rescind the PSC’s approval of the project, along with the eminent domain authority the company had used to seize Nebraskans’ land.

The PSC has an obligation to protect the property rights of Nebraskans — such as in the case of a foreign corporation holding onto land “in perpetuity” for a project that no longer holds key permits and has even been formally cancelled by the company.

The attorneys for Bold and the Ponca Tribe state in their letter that the TC Energy easements obtained for Keystone XL that the company has so far refused to relinquish “limit the property owner’s ability to use the property, limits the ability to develop the property, and has a negative impact on the economic viability of the property. The easement creates a cloud on the title of the property, making it more difficult to sell or transfer the owner’s interest in the property.”

“Our letter sets out a strong legal and factual basis for the PSC to rescind its permit approving a route for the KXL pipeline,” said Bold Nebraska attorney Ken Winston.

1) TC Energy has announced it has terminated the entire Keystone XL pipeline project; 2) the Commission has an obligation to protect property rights which are unjustifiably threatened and encumbered as long as the route approval remains in effect; 3) President Joe Biden’s revocation of the permit on January 20, 2021 voids approval of a pipeline route for Keystone XL through Nebraska; 4) Substantive changes to the route by the applicant require a new application; and 5) the Commission has continuing jurisdiction over the proposed route of the Keystone XL pipeline to rescind its approval.

It is vital that the Commission take this action because of TransCanada’s record of bad faith, egregiously demonstrated by its pursuit of eminent domain lawsuits even after revocation of the permit by President Biden. The Commission needs to exercise its authority in order to protect the interests of Nebraskans,” Winston added.

“The PSC has the authority and the duty to revoke its route approval for the KXL pipeline,” said Brad Jolly, attorney for the Ponca Tribe of Nebraska. “The continued existence of a route which triggers the right of a private company to take land for a pipeline that cannot and will not be built is a cloud on both private and public lands across Nebraska, including important cultural, historic, agricultural, and environmental lands. The approved route creates a permanent commitment of lands for a project that no longer exists — a commitment in favor of a company with a record of bad faith behavior. The Legislature could not have intended such an absurdity and such a detriment to the people of Nebraska. So long as there is an approved route, there is a looming threat of land being taken by TC Energy and harm to all Nebraskans. The PSC must eliminate that threat and harm to fulfill its obligation to protect property and natural resources in Nebraska.”

Additionally, Nebraska State Senators Eliot Bostar and Adam Morfeld wrote to the Nebraska Public Service Commission on May 25, seeking clarification from Commissioners and urging them to take action to protect Nebraska landowners.

From the Senators’ letter (embedded below):

“Despite the revocation of the critical President Permit for completion of the proposed KXL pipeline, TransCanada continues condemnation actions against Nebraskans across this state. Those condemnation actions would result in taking Nebraska land forever for a project that cannot be built and is subjecting Nebraska landowners and citizens to on-going costs and uncertainty.

Additionally, TransCanada has materially changed the Nebraska route after PSC approval, and under MOPSA, any substantive change to the approved route requires re-approval by the PSC. TransCanada has failed to seek re-approval despite admitting in recent court filings that the PSC has exclusive jurisdiction of this issue stating “Except as otherwise provided in the Administrative Procedure Act, the commission [Public Service Commission] shall have original exclusive jurisdiction to determine … the scope or meaning of a…permit, tariff, rule or regulation … “

The PSC does have jurisdiction to reopen this matter and alter or amend, including rescind, the prior Mainline Alternative Route approval, or in the alternative require all of TransCanada’s efforts related to condemnation cease pending re-application given they have modified the approved route.

Please describe the PSC position and what you believe your role is on the issues discussed above.”