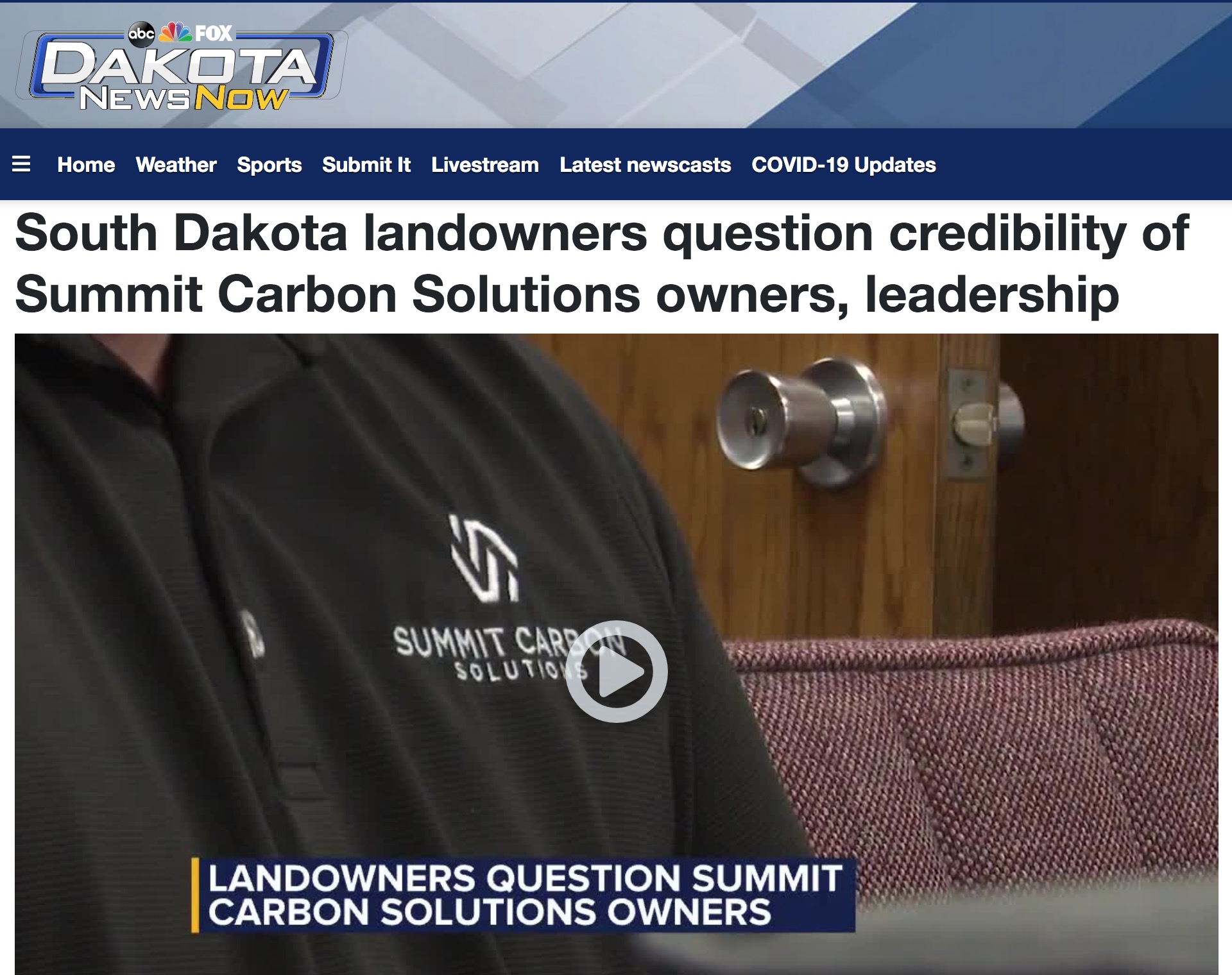 Thanks to the due diligence of an Iowa farmer, the shady partners and foreign investors of the proposed carbon pipeline companies seeking eminent domain across the Midwest are starting to be exposed.

Dakota News Now broke the story, after a landowner uncovered the details and submitted them to the Iowa Utilities Board, one of the state agencies that ultimately would grant eminent domain to the proposed pipelines:

In addition to foreign interest concerns, others are questioning how the South Dakota Republican Party Chair, Dan Lederman, can fairly serve those he works for: the Party, Summit Carbon Solutions, and a foreign county.” The farmer’s research shows that Lederman filed with the U.S. Department of Justice to report that he’s lobbying for the Royal Kingdom of Saudi Arabia, their embassy, with a $10,000 monthly contract.

Dakota News Now reports that “at a recent Brown County Commission meeting, Lederman wore a shirt with a Summit Carbon Solutions logo. “I’m here as, as a representative for Summit to ask that you postpone this passing,” said Lederman at the hearing. The commission approved a pipeline moratorium despite his request.”

As landowners’ attorney Brian Jorde, with the Nebraska Easement Action Team and Domina Law Group, told Dakota News Now, “This pipeline is not about South Dakota — it’s about foreign entities and enriching billionaires and foreign countries.”