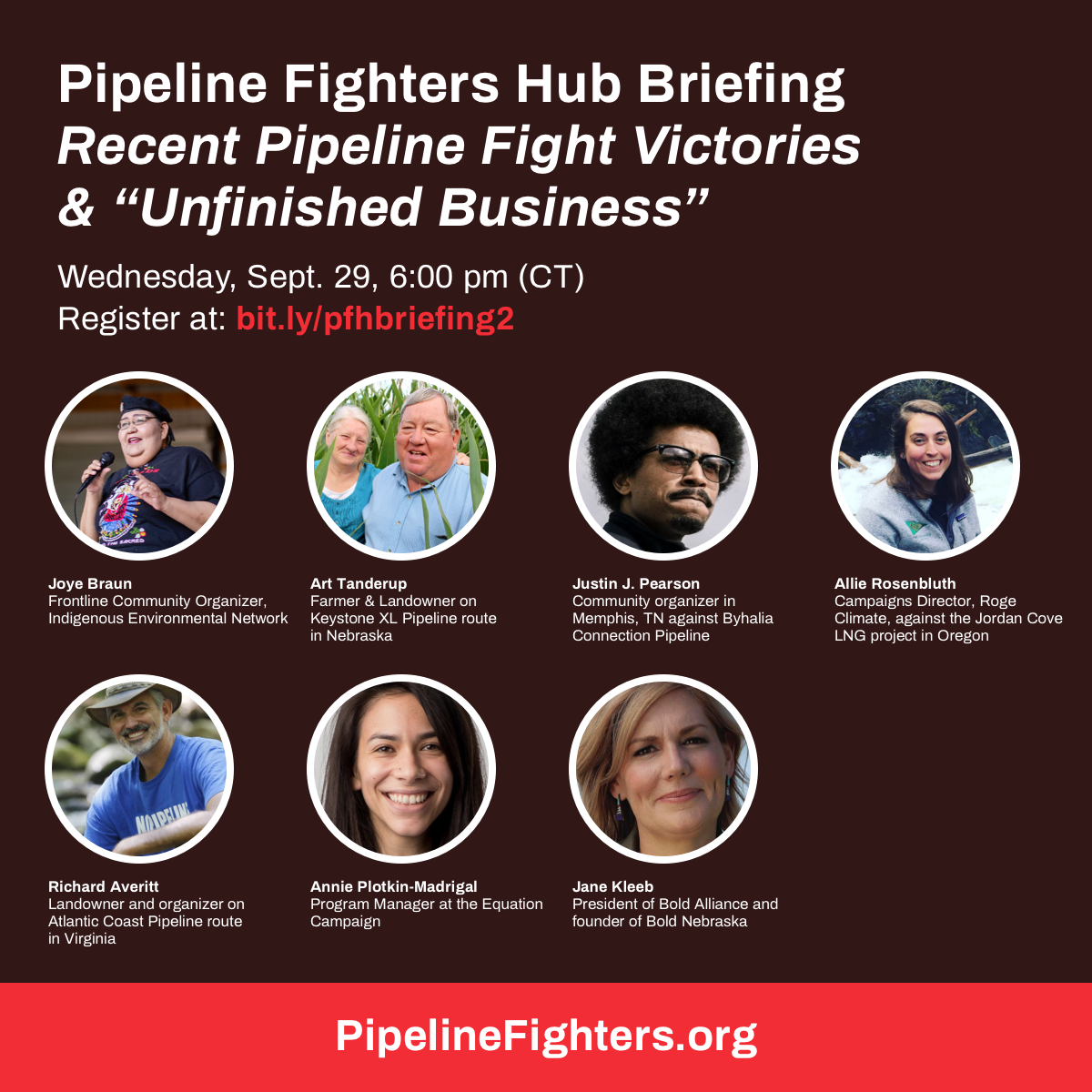 The discussion will feature grassroots Pipeline Fighters who organized to defeat Big Oil and Gas projects in their communities, including Keystone XL, Atlantic Coast, Byhalia Connection, and Jordan Cove LNG.

Hear about how they won their fights, and the work they’re still doing on the unfinished business that remains after a pipeline is cancelled — including the charges facing Water Protectors and Land Defenders who put their bodies on the line during acts of nonviolent civil disobedience; relinquishing easements and restoring landowners’ property; enacting stronger protections for water and property rights at the local, county, and state levels; and, what happens to all that pipe?

A Q&A will follow the panel discussion. (To submit a question for the panelists ahead of time, email to mark@boldnebraska.org)

Thanks to everyone who joined us for our first Pipeline Fighters Hub Briefing last month on “Carbon Capture & CO2 Pipelines.” A recording of the program is available here.

We hope you’ll join us on Sept. 29 for the next Pipeline Fighters Hub Briefing.