Landowners are at the heart of our fight against Keystone XL. We have many reasons to work to stop the export pipeline–violation of treaty rights, risks to water, eminent domain for private gain, destruction of habitat for critters we all love, and the the list goes on and on. Anyone that has followed Bold knows we first got into the fight against Keystone because of the landowners.

Today, just a few short days before a group of brave landowners head to court to defend their property rights against a foreign corporation, we want to share a guest blog post from a landowner whose family signed with TransCanada.

I remember the first email I got from DeAnne, she had lots of questions, had done her homework and was struggling with a decision that not only affected her but her family. DeAnne–like many families in Nebraska–shared ownership of the land and her family was divided on the pipeline.

I deeply thank DeAnne for her willingness to share her story and give voice to the emotional toll Keystone has on families.

You can join DeAnne in supporting the work of NEAT, the group that was formed to help on the legal front of the fight against Keystone XL.

You can also learn more about the landowners lawsuit to see how you can stand with them.

Although I was born in New York and live in Massachusetts, I have strong ties to Nebraska.  Both my parents were Nebraskan to the core and proud of it.  They were both children of Nebraska farm families that survived the drought and the depression of the 1920s and 1930s.  I still have connections to Nebraska through cousins and land.  I’m really proud of Nebraskans for standing up to TransCanada to say “no” on the Keystone XL pipeline.

I have been concerned about climate change for a long time.  We live in Massachusetts where our officials are planning for sea level rise.  Cape Cod is deciding which areas to protect and which to lose as the glaciers melt and the sea rises.  At Boston’s Logan Airport, officials are planning to spend millions of dollars to protect runways from rising seas. Even more at risk are low-lying countries like Bangladesh, where over 150 million people live. How can we forget them?

I remember talking in 1989 to my then 10 year old son, who was insisting on being driven short distances.  He listened to my concerns about burning fossil fuels and its effect on the climate.  From then on he walked or biked to school, to the pool and to town most of the time.  Walking together gave us a chance to talk.  My daughter has become a climate scientist.  We are now all electric, have solar panels and hope our home energy consumption will be net zero this year.

In 2012, I inherited one quarter share of a small piece of Nebraska farmland.  As luck would have it, the Keystone XL pipeline was slated to go through a corner of it.  TransCanada sent us proposals to buy an easement.  At first we ignored them.  Then, last year, the money offered became sweeter and the threats more concrete.  Faced with a contract that my co-owners signed, I found that I couldn’t.  I called each up, afraid of their responses.  To my surprise, their responses were positive!  They didn’t want to sign either.  But, this February TransCanada’s threats of eminent domain spooked us all, and I felt I could no longer hold my cousins and brother to a deal that would probably end in a legal battle that we couldn’t win and that would mean less compensation from TransCanada.

When I returned my signed copy of the contract to the Nebraska TransCanada representative, I included a letter, expressing how I was signing it under duress and explaining the reasons why I opposed the pipeline.   I was amazed to receive a well-composed, thoughtful letter in return, but it was clear to me that this Nebraska TransCanada staff person was not aware of the climate change implications.  Nor was he aware of the damage that even “in situ” extraction of “oil sands” has on the Alberta environment or of the toxicity of the tar and benzene mixture that is slated to flow through the Keystone XL pipeline.

I intend to visit Alberta this summer for a firsthand look at the tar sands region.   And, as a continuing opponent of the pipeline, I decided to donate the money I received for the easement across my land to NEAT.  I am so glad that Bold Nebraska and NEAT are doing their best to fight this pipeline!

You can join DeAnne in supporting the work of NEAT, the group that was formed to help on the legal front of the fight against Keystone XL. Make a donation today. You can also learn more about the landowners lawsuit to see how you can stand with them. 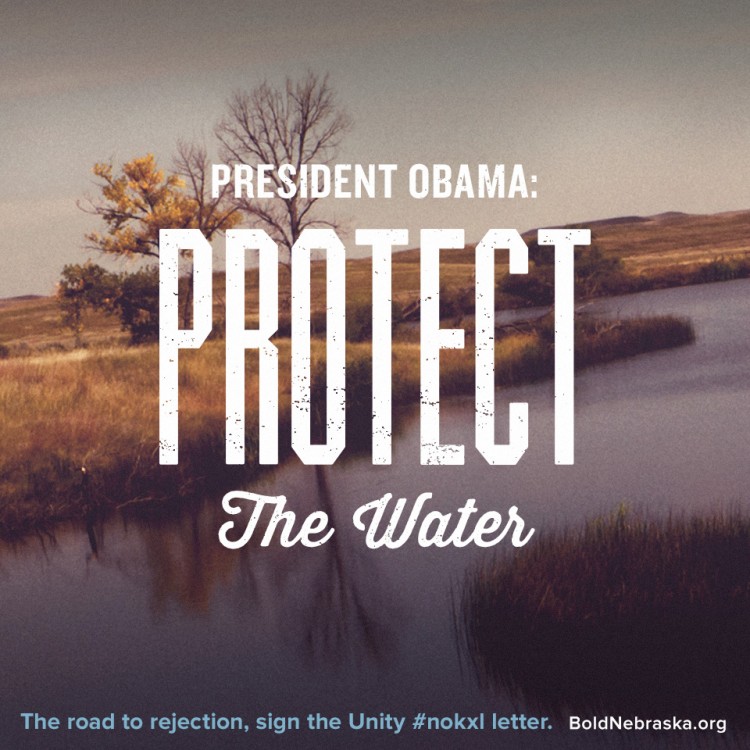