“Turns out when you say anything to shove a risky tarsands pipe through folks’ land and water, you lose everything,” said Jane Kleeb, director of Bold Nebraska. “Harper ignored citizens’ concerns in Canada and the United States and decided instead to do Big Oil’s bidding. We look forward to President Obama and Prime Minister Trudeau finding a path forward on clean energy and leaving behind risky tarsands pipelines.”

“Justin Trudeau’s victory shows that the Canadian people are no longer willing to rely on 19th century energy ideas to fuel their economy,” said Sierra Club’s Director of the Stop Dirty Fuels campaign, Lena Moffitt. “Canada can now move on from short-sighted economic policies, failed commitments on climate change, and a weak climate promise that lags behind the rest of the world and re-engage with the world on building a clean energy future.”

After campaigning on promises to address climate change, Prime Minister-elect Justin Trudeau and his party now have an opportunity to reverse many of the Harper Administration’s disastrous climate and energy policies, including pushing for the reckless expansion of tar sands, the dirtiest, most climate-polluting fuel on the planet.

“The new Liberal government in Ottawa has an unprecedented opportunity to move Canada away from the dirty fuels of the past and toward a clean energy future that will bring jobs, prosperity and security for all Canadians,” said Anthony Swift, Canada Project Director at the Natural Resources Defense Council. “We hope our good neighbors’ new leaders will take real action on climate change by adopting a plan to meet its international climate commitments, stop the destructive expansion of tar sands, and open environmental decision-making to sound science and broad public review.”

“Harper was Keystone XL and the tar sands’ biggest champion and his resounding defeat is a major blow to the pipeline and the entire industry,” said Cameron Fenton, 350.org Canadian Tar Sands Organizer. “But while Trudeau can’t be worse than Harper, he’s still got a lot to prove on climate–we haven’t forgotten that only a week ago that his campaign was being co-led by an oil lobbyist working for TransCanada. To show he’s serious, Trudeau needs to put a freeze on new tar sands development and respect the rights of indigenous and First Nations communities in Canada. In two weeks, we’ll be pushing him to do just that by giving him a ‘Climate Welcome’ with four days of sit-ins at his new residence in Ottawa.” 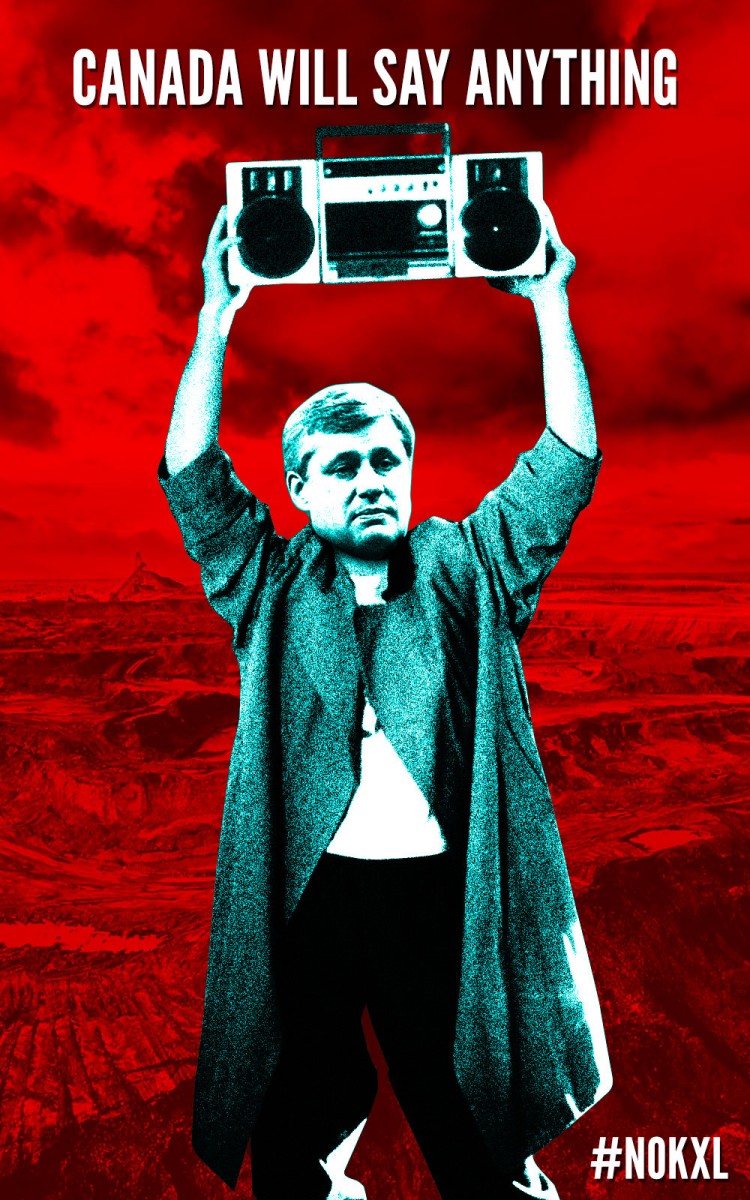