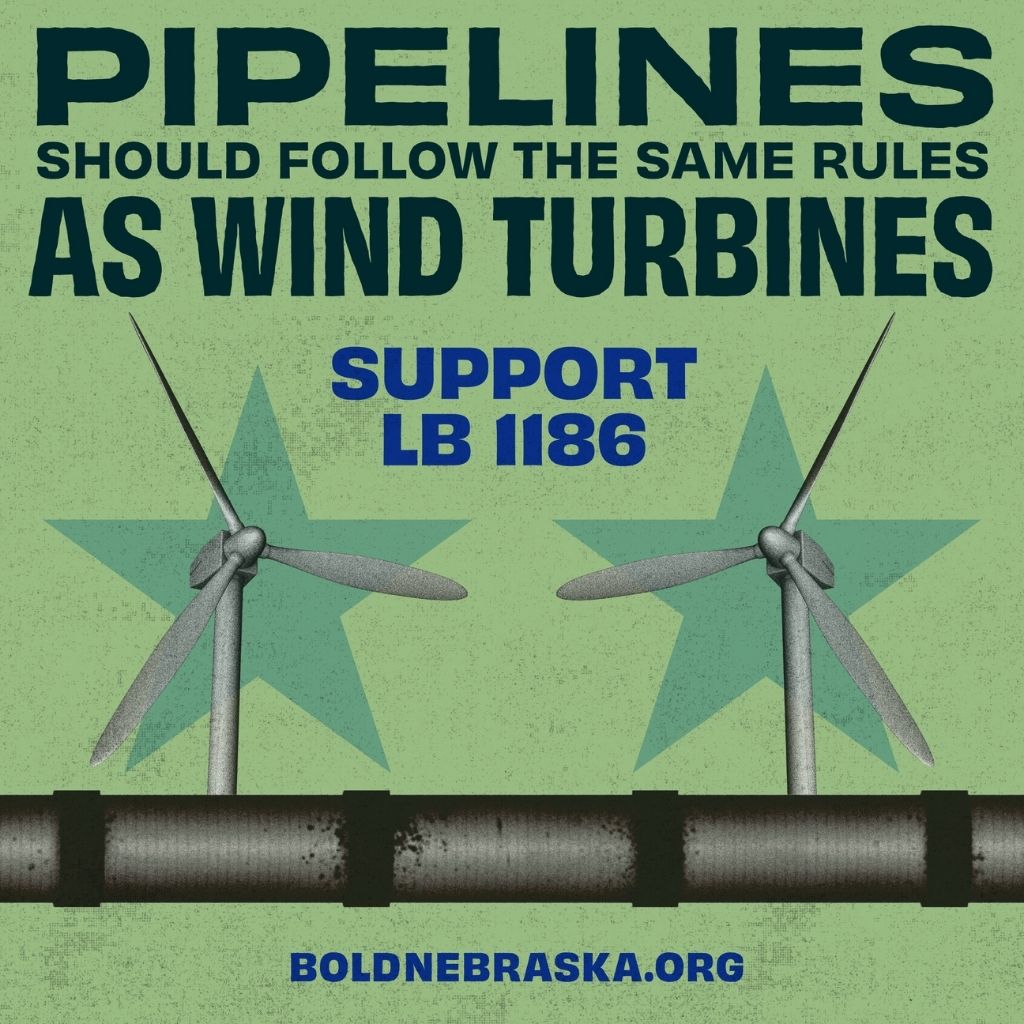 Carbon pipelines are risky, unproven, unregulated, and trample on the property rights of Nebraskans.

Our state needs to understand the risks of carbon pipelines, and we must have some regulatory framework for siting and decommissioning — a law that establishes a fund and makes companies remove the pipe equipment and restore the land after the life of the project.

Nebraskans also need to be aware of their legal rights, before granting permanent easements on their land to out-of-state corporations.

There are two carbon pipeline-related bills under consideration now by the Nebraska Unicameral this session that need your ACTION:

SUPPORT LB 1186: A common-sense bill intended to protect Nebraska landowners and taxpayers so that we are never left held holding the bag cleaning up a corporation’s potential mess.

TESTIFY IN PERSON: It’s especially powerful for your Senators to hear directly from affected landowners and concerned citizens. If you’re available, and feel comfortable attending the legislative committee hearing on LB 1186, join Jane Kleeb and other representatives from Bold who will be showing up in Lincoln to support Senator Bostar’s bill at the hearing next Wednesday, Feb. 16 at 1:30 p.m.

Background on these risky proposed carbon pipeline project proposals, for use in writing your comments to the Nebraska Legislature:

Thanks for taking action to make your voice heard.