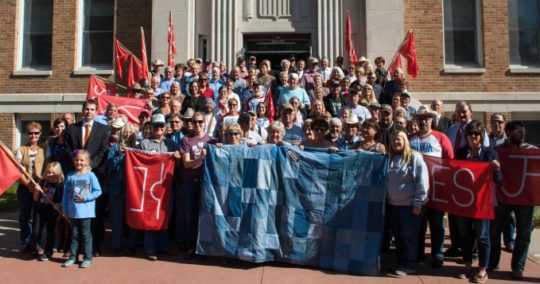 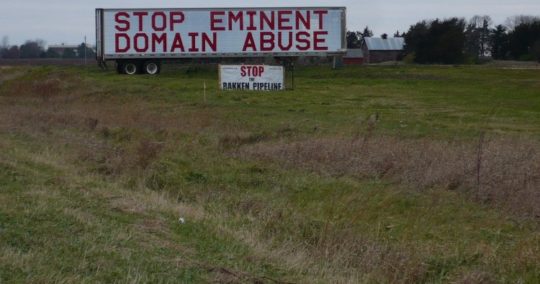 Eminent Domain Advocates to Protest at Trump Rally in Atlanta

Wisconsin Politicians Should Listen to Landowners

News April 20, 2016
Share
Tagged Eminent Domain, Enbridge, tarsands
Pipeline company Enbridge has been working to make Wisconsin a super-highway for tarsands. While making plans to expand their octopus of pipelines that crosses farmland and lakes, Enbridge was also secretly working with the Wisconsin state legislature to expand eminent domain authority. Landowners are organizing against Enbridge. Many of the landowners already have FOUR pipelines […]
Read Post 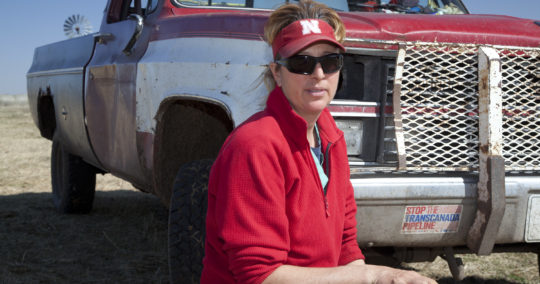 News March 10, 2016
Share
Tagged Eminent Domain, Jane Kleeb, Keystone XL
Last week, InsideClimate News ran an in-depth piece on eminent domain for private gain. When the article ran, neither Bernie Sanders or Hillary Clinton stated a position on eminent domain for private gain. We decided to ask them about the issue, and we got an answer from both the Sanders and Clinton campaigns…this is a […]
Read Post 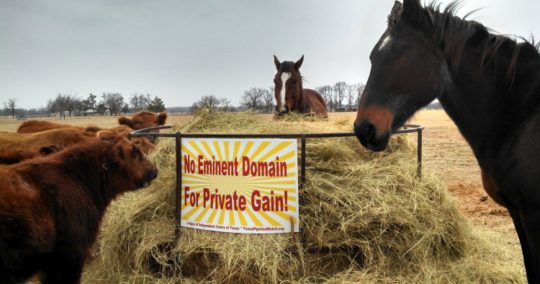 Eminent Domain for Private Gain:  The Sleeper Issue in the Presidential Race

News February 8, 2016
Share
Tagged Donald Trump, Eminent Domain, Keystone XL
Donald Trump stood on the debate stage, with all his famous gusto, and proclaimed he loves eminent domain. Trump continued to say, “Keystone XL could not be built without it.” Well Mr. Trump, that is the point—our founding fathers never intended private corporations to use eminent domain for their private gain. While hugging eminent domain […]
Read Post 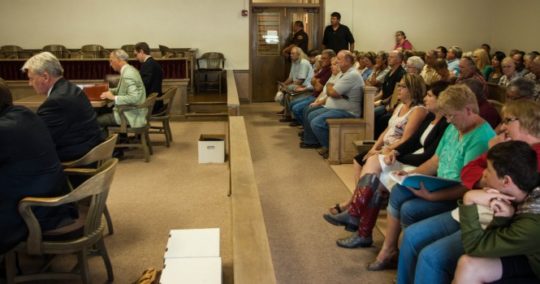 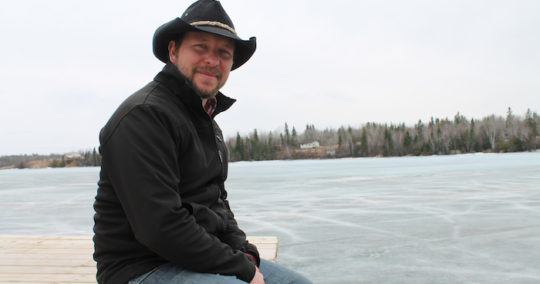 News June 24, 2015
Share
Tagged Ben Gotschall, Bold Nebraska, Eminent Domain, Energy East, Pipeline, tarsands, TransCanada
The following is an excerpt from a longer piece previously published by the Canadian National Farmers Union on their website.  A link to the full post can be found here: http://www.nfu.ca/energy-east   Working with the Council of Canadians, I spent a week visiting communities in Manitoba and Saskatchewan along the Energy East pipeline path in the spring […]
Read Post 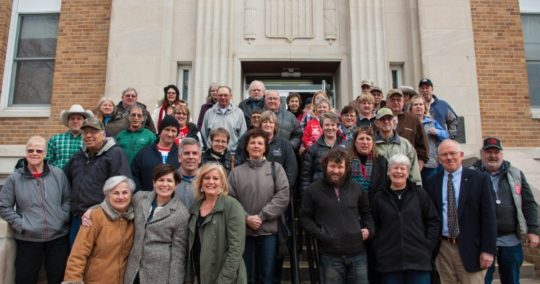 News June 16, 2015
Share
Tagged Eminent Domain, Keystone XL
Join us on Monday, July 27 to stand alongside landowners in Holt and York counties who will be in court battling against eminent domain and TransCanada’s Keystone XL pipeline. This is the case that has stopped Keystone XL in its tracks in Nebraska, and will have wide-ranging ramifications not just for KXL but all oil […]
Read Post 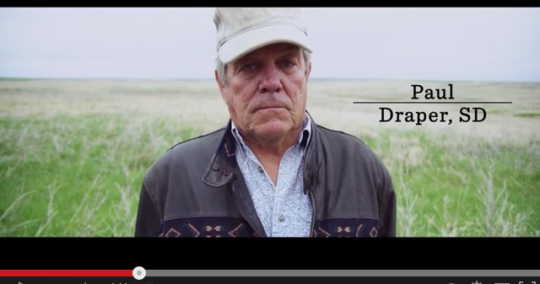 VIDEO: “Our Land, Their Oil”