Give now: Your gift MATCHED to support Nebraska families’ legal fight to stop Costco’s CAFO chicken factory 1 mile from their high school — up to $5,000.

Nebraska landowners who sued Costco won a victory in court, after a Lancaster County judge rejected the corporation’s permit to operate a gigantic new chicken factory (CAFO) within close distance of the town of Raymond’s schools.

Lancaster District Judge Jodi Nelson on May 28 denied the special zoning permit required for Costco to build the proposed 8-barn, 380,000-chicken facility in an agricultural area near the community of Raymond’s schools and the growing residential developments that surround them. The order stated the poultry barns would “more likely than not have negative effects on health, safety, and general welfare.” 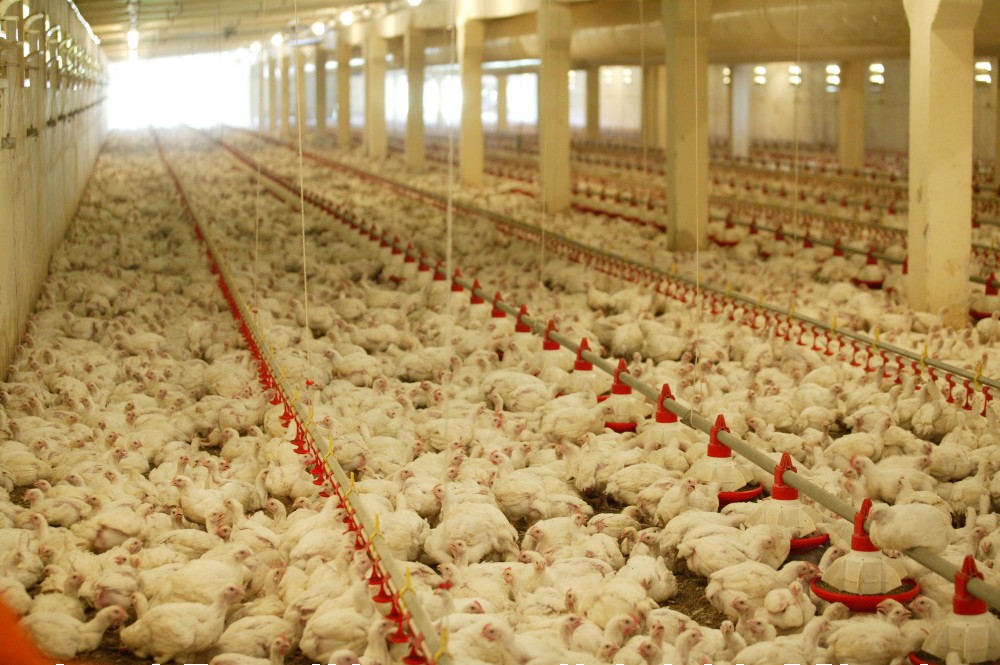 An 8-barn chicken facility, totaling 380,000 chickens, is proposed to be located ONE MILE from Raymond Central Jr/Sr High School and Preschool. The RC School Board voted unanimously in opposition, and RC Communities United needs your help opposing the proposed barns.

Lancaster County’s regulations do not take into account the proximity of this proposed location to the school. Since the application was submitted, new regulations have been proposed but they will not apply to this application.

Several local community members have formed a group — Raymond Communities United (RCCU) — to fight the chicken barns that Sunset Poultry is wanting to put in just a little over a mile north of the high school on behalf of Costco.

You may remember that the needed permissions for Costco’s CAFO chicken factory were denied by the Lancaster County Board back in November 2019.

But since then, Sunset Poultry filed a lawsuit trying to overturn the decision.

The trial has been delayed for some time but opening arguments were heard in Lincoln this morning, May 10th.

The main concern of RC Communities United and the local community is the safety and well-being of the students, staff and families at Raymond Central.

We are thankful and appreciative that the RC School Board is unanimously opposed to the location of these barns as well, and has been involved in our fight since this started.

Bold Nebraska, a local group organization that has supported landowners fighting eminent domain on Keystone XL for over a decade, and its supporters have pledged to match donations to RC Communities United through this link up to $5,000:

We have a real opportunity to multiply our impact — right now as the lawsuit is now finally starting to get into motion, when we need it the most! Your gift will be matched by Bold and sent directly to pay legal costs including representation from Domina Law Group — the same lawyers who have represented landowners refusing to sign with TransCanada for Keystone XL.

Give now: Your gift MATCHED to support Nebraska families’ legal fight to stop Costco CAFO chicken factory — up to $5,000.