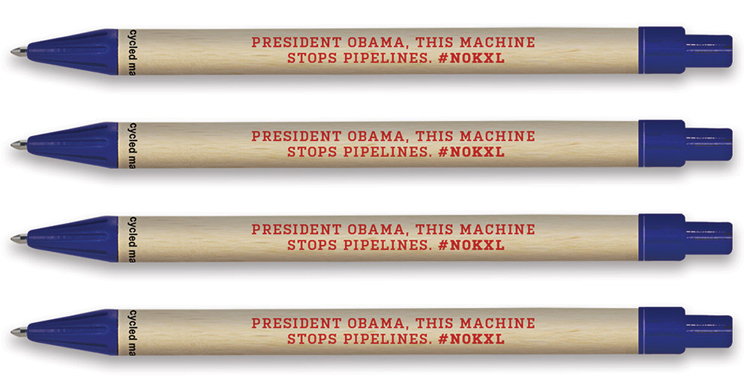 The White House announced on Tuesday that President Obama will veto a pending bill that would fast-track approval of the Keystone XL pipeline without the necessary Presidential permit.

Since November, Pipeline Fighters have sent more than 750 of the #NOKXL “veto pens” seen above to President Obama (Send a pen: https://boldnebraska.org/veto)

“Farmers and ranchers along the route thank Pres. Obama for standing up to the climate deniers in Congress by stating he will veto the risky Keystone XL bill,” said Bold Nebraska director Jane Kleeb. “Republicans’ first order of business is to write a law for one foreign corporation. That is unacceptable and shows Republicans are not up to the job of governing. The presidential veto is both warranted and very welcomed news as it’s one more day the Sandhills, the Ogallala Aquifer and property rights are protected.”