When 100 scientists issue a consensus statement on an issue, it should get our attention. Today, that is exactly what happened and the consensus is leave tarsands in the ground.

A call for a tarsands moratorium has never been done in the scientific community—this is a perfect time as the road to Paris on a global carbon reduction is happening this December and solutions must start to be put on the table in order to keep 75% of the commercially proven fossil fuels in the ground if we are ever going to solve climate change.

A moratorium on tarsands is common sense given how carbon intensive this form of oil is–not to mention the amount of water and energy used to mine and produce this risky energy source. We like it the most because it means fewer landowners will be forced to give up their land for a pipeline they know risks their families livelihoods.

For a full list of scientists and to learn more, please visit www.OilSandsMoratorium.org 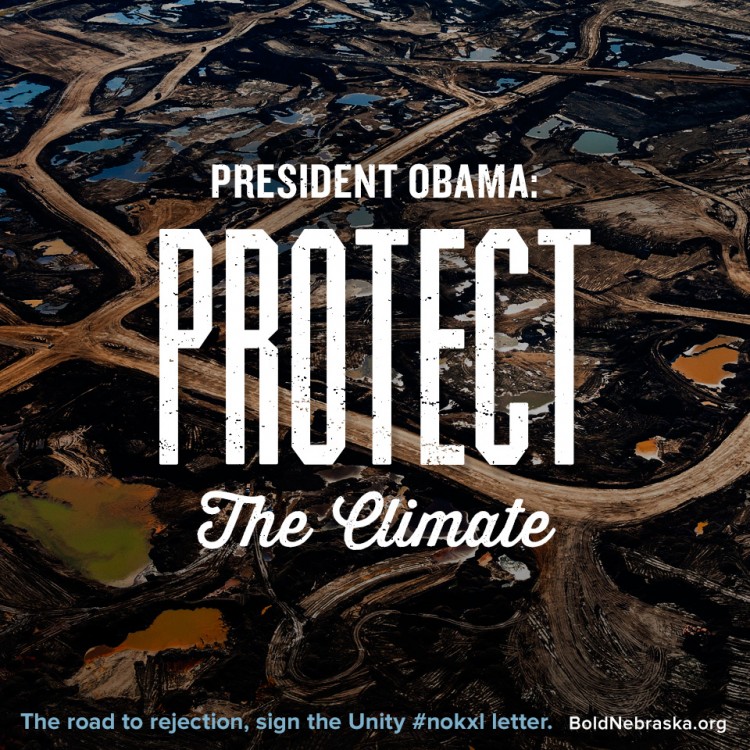 June 10, 2015, Ottawa – Today more than 100 prominent scientists from across North America, including climate scientists, economists, geophysicists, and biologists, released a consensus statement entitled “Ten Reasons for a Moratorium” that shows why Canada and the United States should postpone new oil sands development.

“Based on evidence raised across our many disciplines, we offer a unified voice calling for a moratorium on new oil sands projects,” reads the consensus statement. “No new oil sands or related infrastructure projects should proceed unless consistent with an implemented plan to rapidly reduce carbon pollution, safeguard biodiversity, protect human health, and respect treaty rights. [Our] ten reasons, each grounded in science, support our call for a moratorium.”

The statement provides an up-to-date review of climate science, carbon economics, and biodiversity conservation. It shows there is little choice but to curtail further development if Canada and other countries are to meet global climate targets and keep the world from tipping into dangerous levels of warming. (The oil sands currently produce 2 million barrels a day.)

The impacts are not only limited to climate change. “Oil sands development is industrializing and degrading some of the wildest regions of the planet, contaminating its rivers, and transforming a landscape that stores huge amounts of carbon into one that releases it,” says Northern Arizona University ecologist Tom Sisk.

The document’s authors launched a website (www.OilSandsMoratorium.org) and held a press conference at 10 a.m. PST/1:00 p.m. EST on June 10 to explain the scientific reasons underlying their call for a moratorium. They also requested meetings with Canada’s federal political leaders to discuss how the science leads unequivocally to their call for a moratorium on oil sands expansion, and how a transition to low-emission energy production is possible for Canada without a dramatic reduction in economic growth.

The authors and signatories, who include 12 Fellows of the Royal Society of Canada, 22 Members of the US National Academy, 5 Recipients of the Order of Canada, and a Nobel Prize winner, say it’s time that science is given a central role in the public debate about further development of North American oil sands.

The consensus statement draws a number of conclusions:

“It’s rare that scientists speak collectively about controversial topics. Many of us had come to our own conclusions about the oil sands based on our research, and once we began comparing notes, we recognized the need to speak publicly, now, with a unified voice” said Simon Fraser University ecologist Wendy Palen.