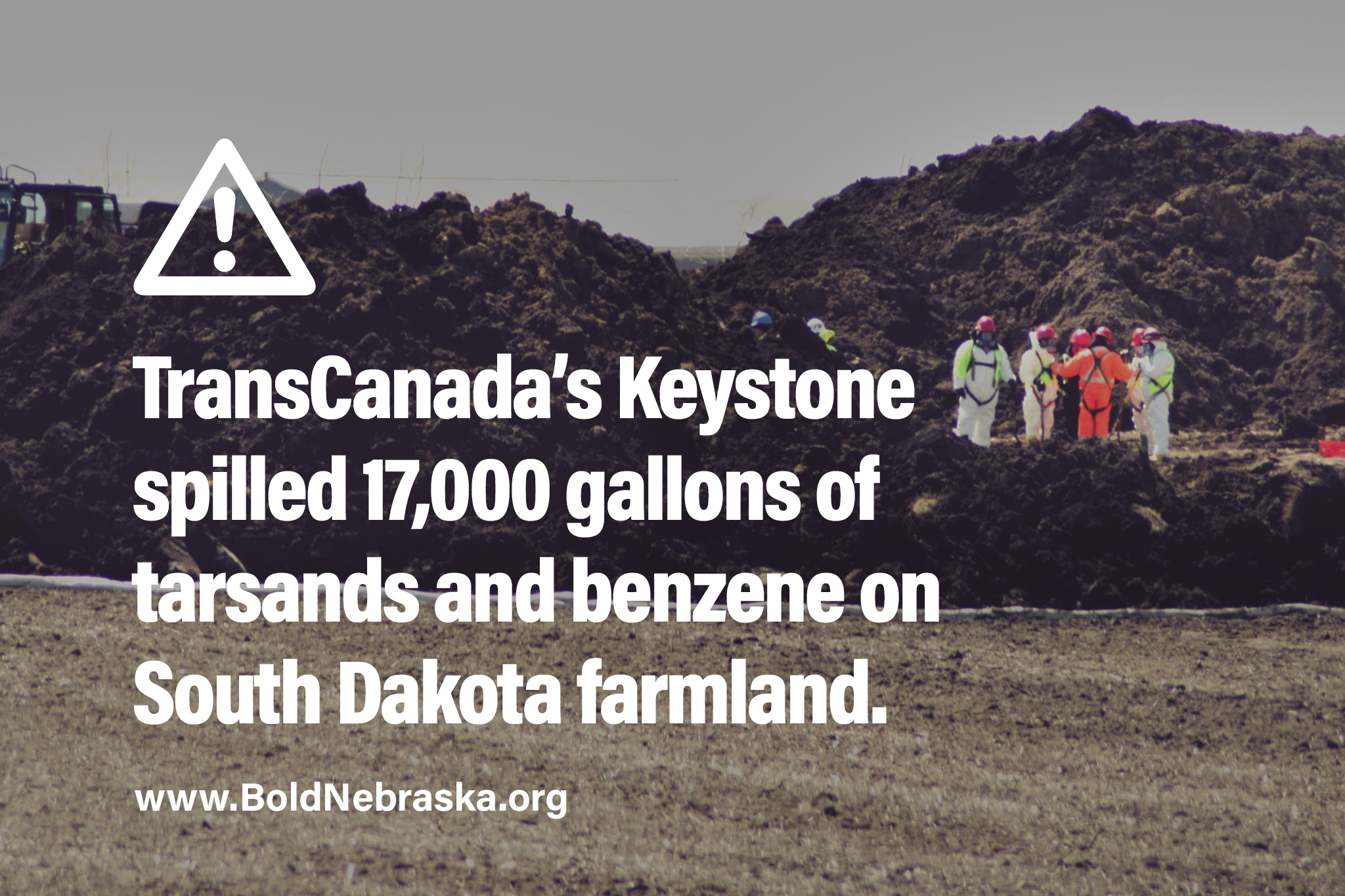 TransCanada’s highly-touted “spill detection system” failed to notify anyone of the South Dakota spill, which has been leaking from the pipeline for an unknown amount of time. The spill was discovered by a farmer.

We cannot accept this continued endangerment of our land and water.

We call on federal and state authorities to shutdown TransCanada’s Keystone pipeline and conduct an immediate review of the entire pipeline’s integrity.

“Continued operation of Keystone is or would be hazardous to life, property and the environment without corrective actions,” the U.S. Pipeline and Hazardous Materials Safety Administration (PHMSA) wrote in its corrective order to TransCanada over the Keystone spill in S.D. — which found that the leak was caused by a “girth weld anomaly at a transition site.” (3)