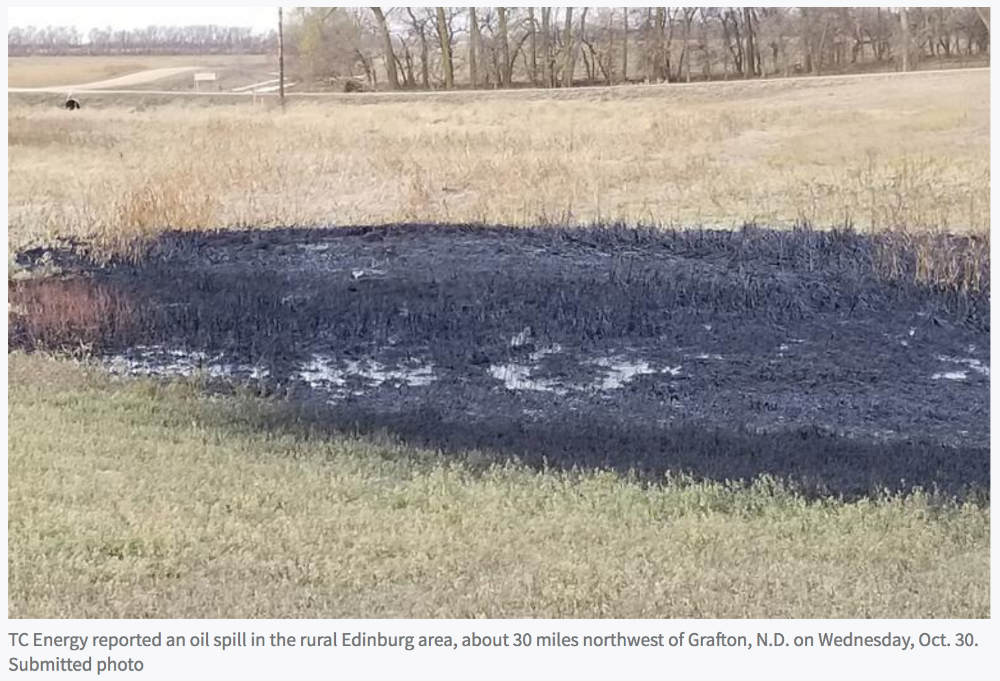 Since it was constructed in 2010, TransCanada’s Keystone pipeline has spilled twenty-one (21) times, releasing a total of almost 1 million gallons of toxic tarsands and diluent chemicals onto America’s farmland and into its waterways. [1] 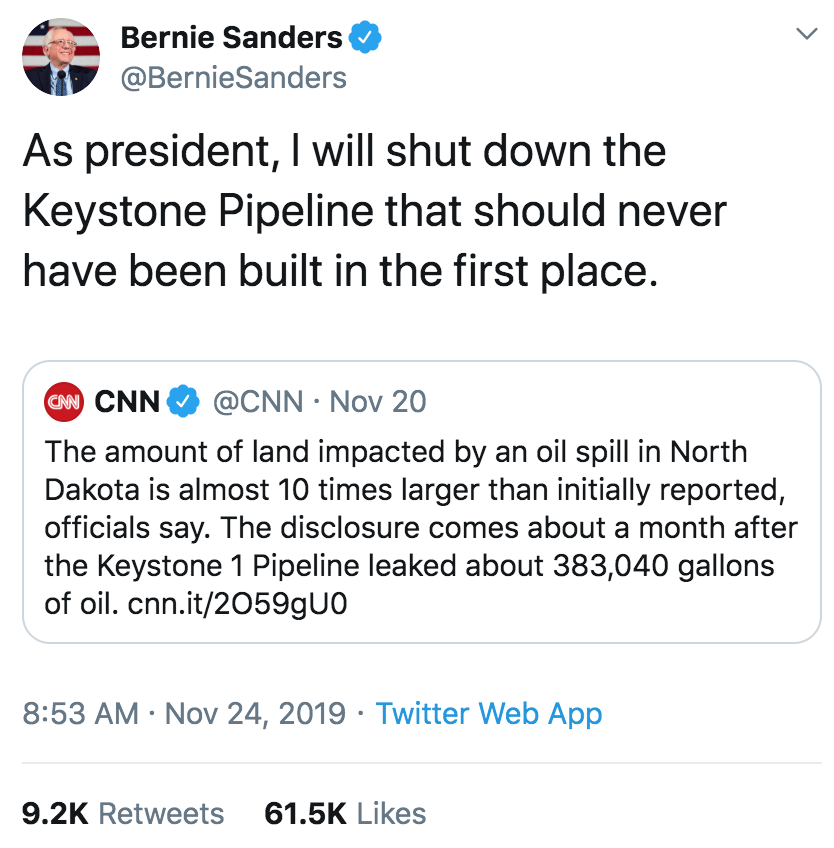 A company with this kind of safety record definitely does NOT deserve a permit to build another “Keystone XL” pipeline that would increase the threat to our pristine farmland and precious Ogallala aquifer, and further exacerbate our climate crisis.

We agree with Sen. Bernie Sanders, who said on Nov. 24 that if elected President he’d shut down the Keystone pipeline that “should never have been built in the first place.”

After the most recent 383,000 gallon tarsands spill into wetlands in northeastern North Dakota on Oct. 30, TransCanada is now indefinitely employing hundreds of contract workers for “around the clock” spill clean-up. But unlike traditional oil, the tarsands that pumps through Keystone sinks in water — so this spill could take years to clean up, or never be fully remediated. Even worse, the size of the spill area is also ten times larger than was initially reported by TransCanada.

Days after the Oct. 30 spill, members of Congress including Chairman Frank Pallone of the House Energy & Commerce Committee, and Chairman Peter DeFazio of the House Transportation & Infrastructure Committee called on the U.S. Government Accountability Office (GAO) to conduct an investigation into TransCanada — as well as pipeline regulator PHMSA itself — “to examine whether TC Energy is in compliance with all of its special permitting requirements, as well as assessing if the Pipelines and Hazardous Materials Safety Administration (PHMSA) is exercising proper oversight of this pipeline.” [2]

Along with these bold actions by Chairman Pallone and Chairman DeFazio, after 21 spills of almost 1 million total gallons of toxic tarsands, in just 10 years of operation — it is long past time to shut down TransCanada’s shoddily constructed, unsustainably dangerous, and leak-prone Keystone pipeline.