Its too bad national bloggers and political writers did not note this basic fact when they wrote their headline on the poll.  Shout out to the Omaha Reader for doing their job and citing the fact the poll is a right-wing job.

A lot of independent polling firms have reputations for catering to one side of the political spectrum, and Magellan is no different.  They’ve been pumping out conservative-leaning polls for years.  Their founder, David Flaherty, spent 18 years working in Republican politics.  So to spread the findings of this poll without that important fact ignores a major piece of the picture.

As for reliability, Magellan’s numbers are way off.  In this poll, 54% of their respondents were Republicans and 12% were Independents.  According to 2008 numbers, only 48% of Nebraskans are registered Republicans and almost 17% are Independents.  Savvy pollsters know that you want your demographics to closely reflect those of the electorate.  Magellan’s poll falls way short on this count.

The big flaw in this poll is that respondents were asked if Nelson deserves reelection after they were asked about health care reform.  We expect Nelson to get hammered by the GOP on this issue in the election, but this poll inaccurately tilts the playing field.  Nelson’s a dynamic candidate who’s got a strong record on multiple issues.

“Priming” may also have played an overall factor because the poll was conducted Dec. 15 — two days after the individual mandate was struck down by a judge in Virginia.  Bruning and his fellow conservatives were hammering the decision in every possible media outlet.  Conducting the poll means there are no corrective measures for sample bias.  If pollsters ran the same poll today, the numbers could be different because different issues are salient to voters (especially given the legislation that just passed like the repeal of DADT, Food Safety and 9/11 Responder bill.)

This isn’t Magellan’s first time tilting the playing field.  For perspective on how reliable their poll numbers are, just look at their Oct. projections for the Denver mayor’s race.  They have incumbent Democract John Hickenlooper neck and neck with tea party challenger Tom Tancredo (44%-43% respectively).  Hickelooper won the mayorship by 17 points — 51%-37%.

In short: the Magellan numbers are bunk.  Bruning may not have paid for them, but considering the firm’s reputation, you can bet Magellan’s priorities aren’t to make Democrats look good.  Their polling methods reveal that their purpose was to generate a poll that grabbed headlines, not one that accurately reflected the voting mentality of Nebraskans.  They’re definitely getting the attention they wanted, but these numbers aren’t anything to build an election around. 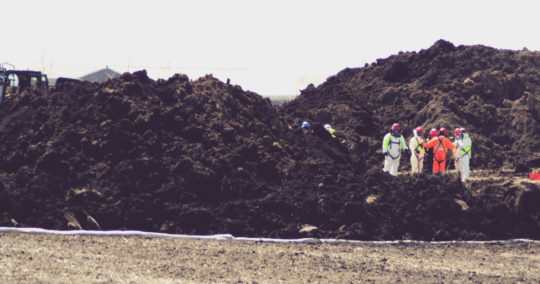 News November 29, 2022
On Friday, December 2 in Washington, D.C., Jane Fonda will lead a Fire Drill Fridays climate emergency rally, to call on President Biden and Congress to reject once and for all Sen. Manchin’s Dirty Deal to fast-track oil and gas projects like the Mountain Valley Pipeline. Join us on the livestream! #FireDrillFridays #ActOnClimate #NoDirtyDeal #NoMVP
Read Post
All News