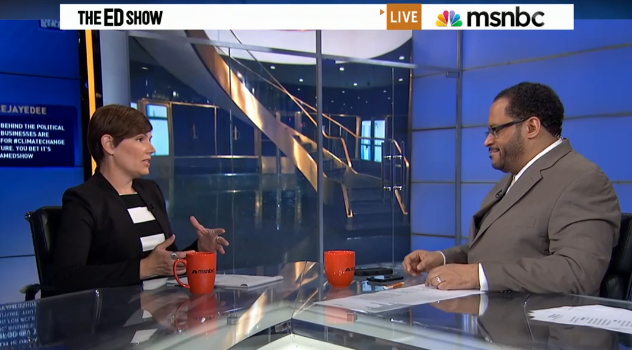 Bold Nebraska director Jane Kleeb appeared on MSNBC’s “The Ed Show” on Wednesday, Aug. 13, to discuss recent severe weather events across the U.S. — flooding, drought, heat waves and unusual severe storms — and their relation to global warming and climate change. The coverage included a video clip of the floodwaters that broke through doors and rushed into Good Samaritan Hospital in Kearney, Nebraska last Friday.

Kleeb also provides an update on the Keystone XL pipeline, noting the upcoming appellate hearing before the Nebraska Supreme Court in Thompson v. Heineman, the case filed by three Nebraska landowners that challenges the law that fast-tracked the siting of the pipeline in Nebraska.