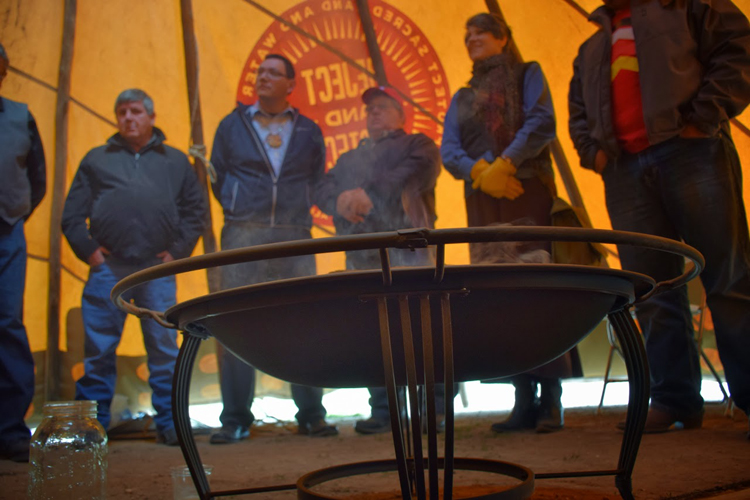 Wednesday at Reject + Protect kicked off with a water ceremony inside the main tipi on the national mall. (Photo by Jamie Henn) 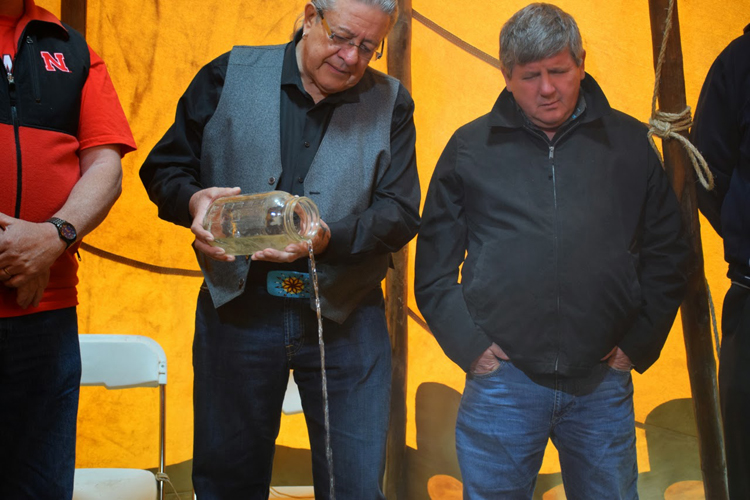 (Bryan Brewer, president of the Oglala Sioux tribe, performs a ceremony with water from the Ogallala aquifer. Photo by Jamie Henn) 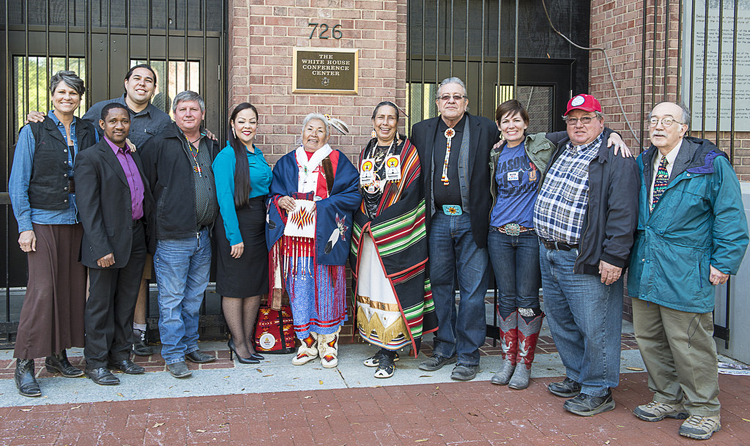 Members of the Cowboy and Indian Alliance met with White House officials on Wednesday. (Photo by ©Garth Lenz / iLCP)

The Cowboy and Indian Alliance also visited the Canadian Embassy to bring a message to Honor the Treaties between First Nations and the Canadian government. Watch the clip below of the action, courtesy of Idle No More. 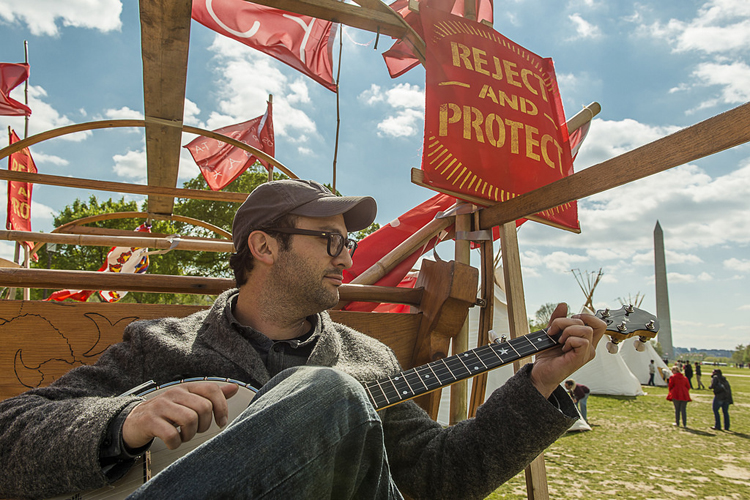 MSNBC’s “The Ed Show”  on Wednesday interviewed Tom Genung, a Nebraska landowner and chair of the Nebraska Easement Action Team, and Wizipan Little Elk of the Rosebud Sioux Tribe live from the Reject + Protect tipi encampment on the national mall in D.C.

Here is the cowboy perspective on the Cowboy & Indian Alliance, as told by Nebraska cowboys Ben Gotschall, Bob Allpress, and ten-year-old Mason Mitchell at the opening ceremony of Reject + Protect in front of the Capitol in D.C. (Thanks to Human Dimensions TV)

Bold and Brave from Human Dimensions TV on Vimeo.