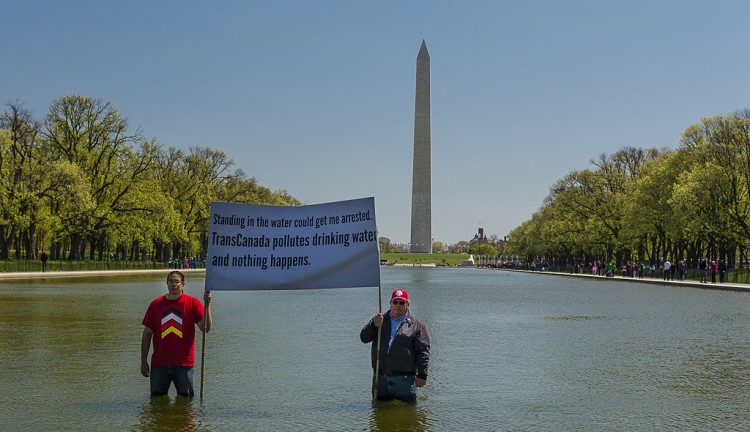 In a bold action on Day Three of Reject + Protect, Nebraska farmer Art Tanderup and Wizipan Little Elk of the Rosebud Sioux Tribe risked arrest to spread our #NoKXL message — when they stepped into the reflecting pool at the Lincoln Memorial carrying a banner that read: “Standing in the water could get me arrested. TransCanada pollutes drinking water and nothing happens.” (Photo by ©Garth Lenz / iLCP) 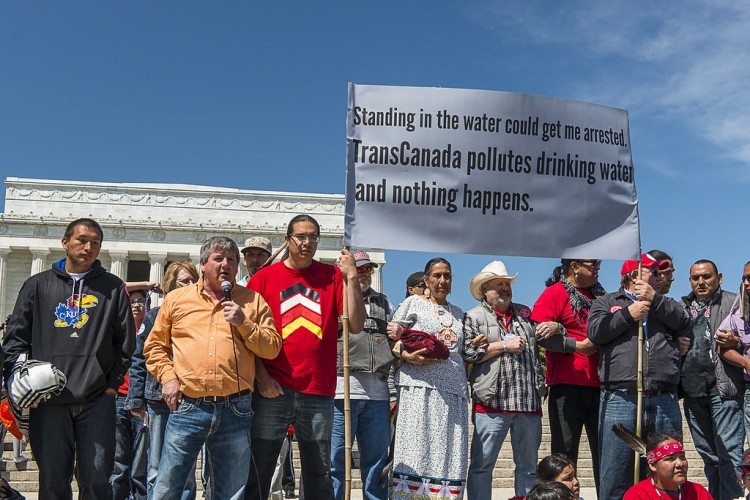 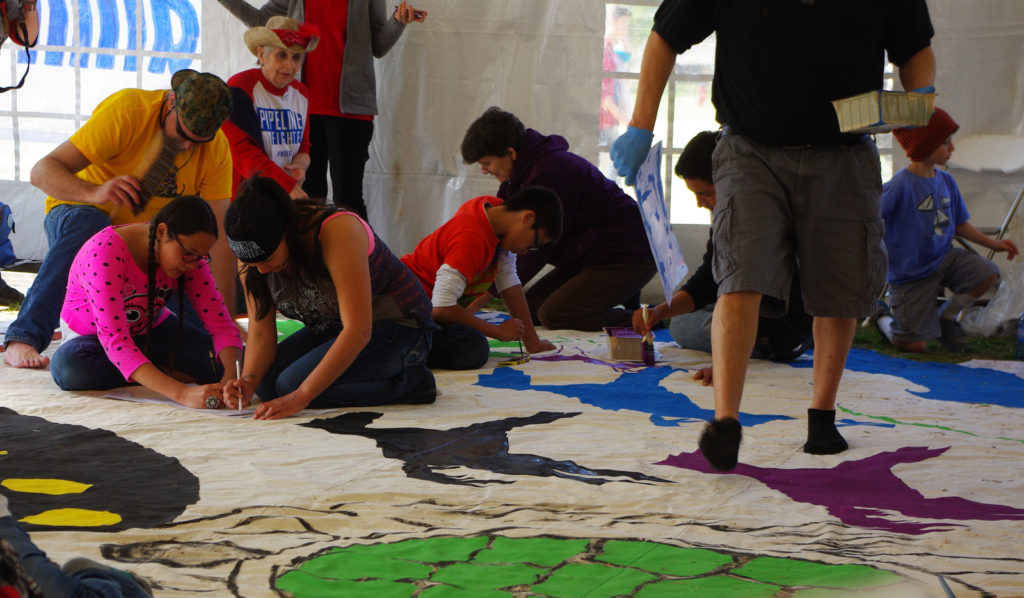 After the action, folks returned to the tipi camp on the mall to help paint the ceremonial tipi that the Cowboy and Indian Alliance will be gifting to President Obama on Saturday. (Photo by Mark Hefflinger / Bold Nebraska)

MSNBC’s “The Ed Show” interviewed Nebraska farmer Art Tanderup, and Casey Camp of the Ponca Nation of Oklahoma live from the Reject + Protect tipi encampment on the national mall. 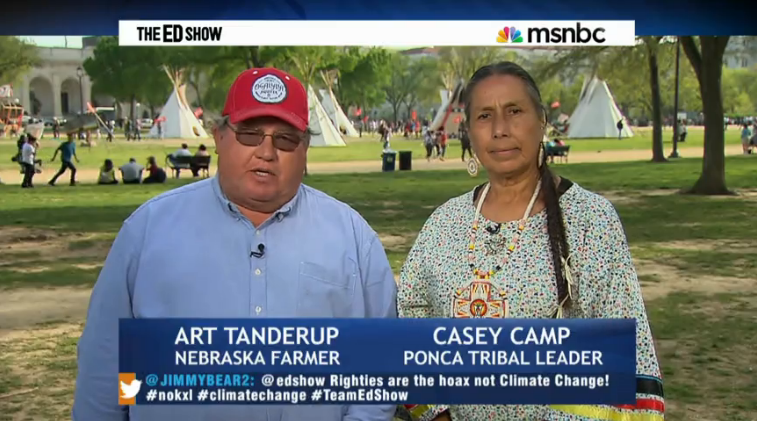 On Thursday evening, the Cowboy and Indian Alliance joined our friends at The Other 98% for an action at the Environmental Protection Agency (EPA) — one of the eight federal agencies currently weighing whether Keystone XL is in the national interest — and a key voice that needs to make the case that KXL fails the President’s climate test. 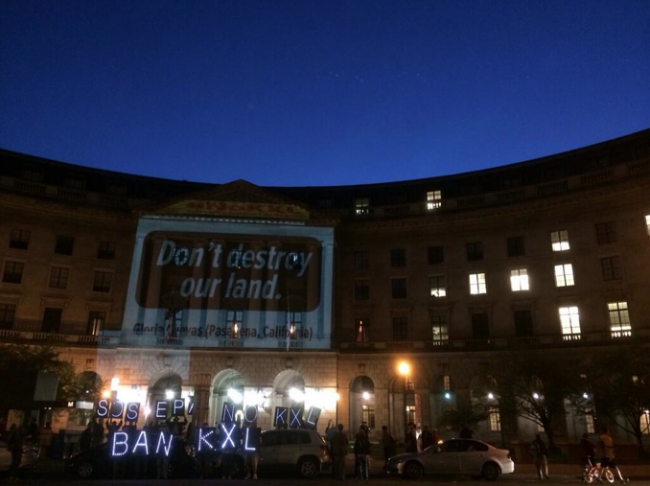 We projected #NoKXL messages against the side of the EPA headquarters, accompanied by a message from the “#NoKXL Light Brigade.” (Photo by Jane Kleeb)