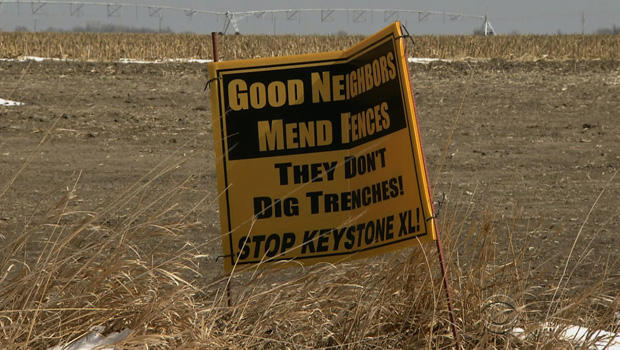 TransCanada on Monday filed a new application with the Nebraska Public Service Commission for a route for its proposed Keystone XL pipeline through the state of Nebraska.

“This is TransCanada’s attempt to delay the process in the hopes that a GOP candidate gets elected to the White House. Landowners and citizens will fully participate in the Public Service Commission process and re-state all the concerns we have had since Day One of this risky, foreign export tarsands pipeline,” said Bold Nebraska director Jane Kleeb.

“While TransCanada “hopes” the State Department will now delay sending the President the rejection recommendation, they have no legal obligation to wait if they plan to reject the pipeline. So, in the end, TransCanada just saved a million dollars on losing a lawsuit with landowners over eminent domain and the unconstitutional route approved by Gov. Heineman while throwing their latest Hail Mary.

“It won’t be their last Hail Mary, as they are also threatening to sue the U.S. government under the NAFTA law. This will also be a dead-end for them. At some point, the adults in the TransCanada boardroom will step in and let go of their CEO and others who keep holding on to their pipe dream.”