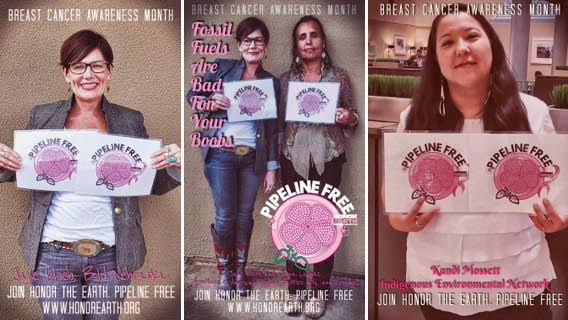 Honor the Earth is introducing the Pipeline-free Breast Campaign as a part of Breast Cancer Awareness Month. Noting, “Fossil Fuels are bad for your boobs. Chemicals created and used during petroleum extraction, refining, and use; benzene, toluene, polycyclic aromatic hydrocarbons (PAHs), and a few other bad guys are known carcinogens.” 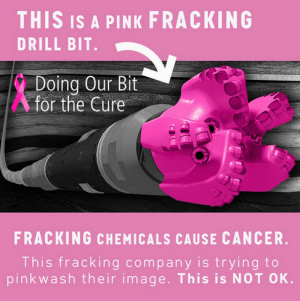 The organization points to last year’s controversy over a corporate “pink-washing” of Breast Cancer Awareness Month, as one reason it was important to inform the public of health risks. “Baker Hughes, who makes drill bits for the fracking industry introduced some pink drill bits for breast cancer awareness month, and donated some $l00,000 for the second year in a row to Susan G. Komen, the best-funded breast cancer organization in the U.S. In return, apparently Baker Hughes got to use the specific shade of pink Susan G. Komen has trademarked.”

National and international research has linked fossil fuels and breast cancer. Bio medical researchers at Lawrence Livermore Labs in California, Jack Bartley and Martha Stampfer, documented breast cells growing in culture exposed to benzopyrene, the most common carcinogen in the environment that results from burning fossil fuels. The researchers found that benzopyrene was taken up by the breast cells and altered the cells genetic make-up changing them to malignant cells.

Benzene itself is a well-established carcinogen with links to leukemia, breast and urinary tract cancers. One of the largest-volume petrochemical solvents, benzene is used as a major component in all major fossil fuel production: oil, coal, and gas.

In the campaign, the organization also notes radon is another major danger ,with levels rising substantially in the Bakken oil fields of North Dakota. A colorless, odorless, tasteless radioactive gas, it is the second largest cause of lung cancer in the US after cigarette smoking. There is no known threshold below which there is no risk from radon.

The newly-developed extraction method of fracking natural gas represents a significant new and increased source of radon exposure to potentially millions of people, and animals. Radon is released into local groundwater and air during fracking operations. It also travels through pipelines to the point of use — be it a power plant or a home kitchen.

This past year, North Dakota began discussing new rules that would result in dramatically increased radiation exposure to North Dakota citizens, largely because of radioactive fracking wastes. The debate on so called “technically enhanced naturally occurring radioactive materials” would dramatically increase radiation exposure to those who live near the fracking fields. This also increase cancer risks, according to Honor the Earth.

Polycyclic Aromatic Hydrocarbons, or PAHs are known human carcinogens and genetic mutagens. In addition, there are particular prenatal health risks including childhood asthma, low birth weight, adverse birth outcomes including heart malformations, and DNA damage. Recent studies link PAH exposure and early childhood depression. According to a study in Environmental Health Perspectives, infants found to have elevated PAH levels in their umbilical cord blood were 46% more likely to eventually score highly on the anxiety/depression scale than those with low PAH levels in cord blood.

The rapid development of the Alberta “tar sands” oil fields in Alberta, Canada, has coincided with dangerous levels of PAHs in the region and multiple reports of significantly higher rates of cancer and health effects.

More women in remote tribal communities are contracting lupus, and very rare forms of cancer (ie: bile duct cancer). During the summer months, it is not uncommon to find mysterious lesions and sores after swimming in Lake Athabasca. “When you look at what is happening in the area, it can’t not be related to development,” says Eriel Deranger, a spokesperson for the Athabasca Chipewyan First Nation. “Too many times, we see things in the animals and health that the elders have never seen before.”

Following the BP oil spill in the Gulf of Mexico in 2010, scientists found PAH levels to be 40 times higher than before the spill. .Local fisherman reported finding horribly mutated shrimp with tumors on their heads, some lacking eyes and eye sockets, clawless crabs “with shells that look like they’ve been burned off by chemicals.” The effects of PAHs to wildlife in the Gulf waters may merit attention in North Dakota and the region.
On its own, North Dakota had over 300 oil spills reported as of 2012, but the self-reporting of oil and pipeline companies, including Enbridge (with 800 spills in a decade) is, according to Honor the Earth, a risk to your breasts, and your health. For sure, the l7,000 miles of pipeline in North Dakota as well as nearly l0,000 miles of pipeline in Minnesota, pose some risks.

Models for the campaign continue to come forward. Jane Kleeb, Executive Director of Bold Nebraska, a lead organization fighting the Keystone XL Pipeline joined for a picture, noting” I’m standing up against Keystone XL because of the risks to our water and our health. The oil and gas industry denies the link of their risky product and cancer, just like the tobacco companies did years ago. Today, we stand up for women’s health.”
 
Kandi Mossett, of the Indigenous Environmental Network posed with two logos; Mossett is from the Ft. Berthold reservation, where radioactive and salt spills, as well as radioactive fracking socks litter sections of the reservation.

Supporting groups include VDay, Indigenous Women’s Network, Bold Nebraska and Babes Against Biotech. Other women are encouraged to join, and the materials can be downloaded off the Honor the Earth web site. 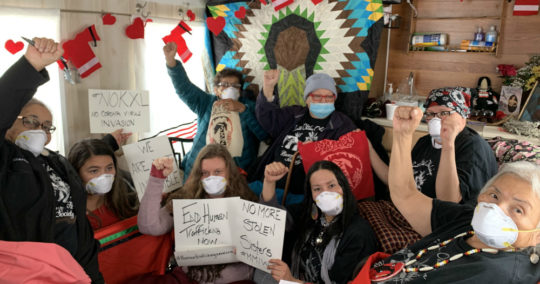 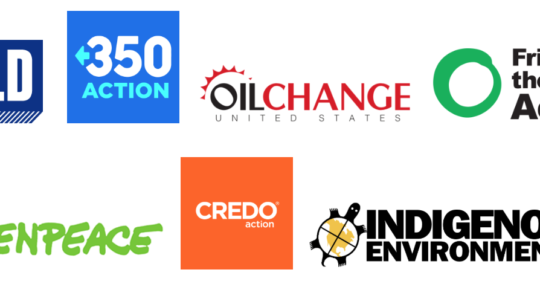 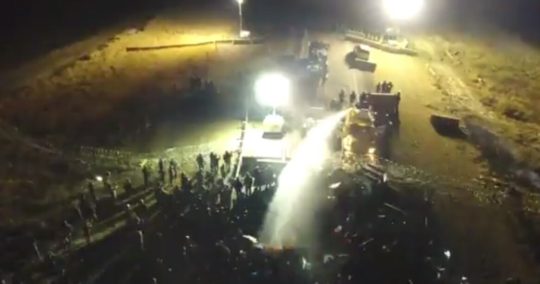