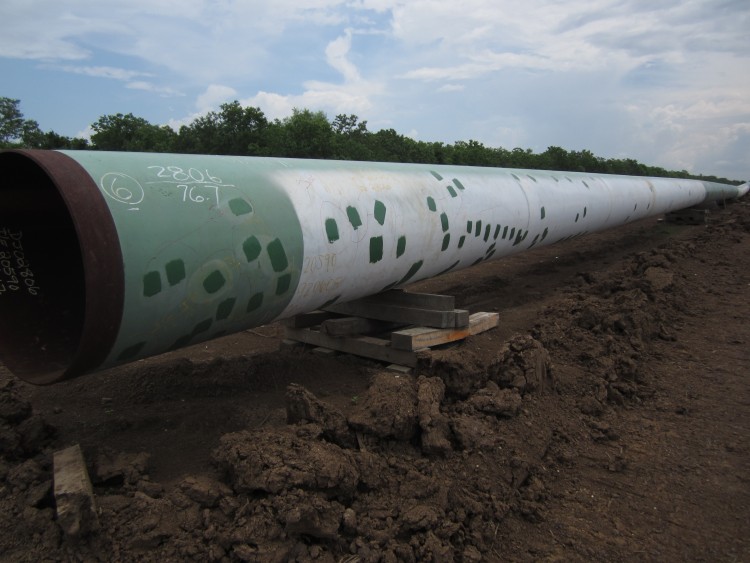 “No one can give citizens or local governments an actual definition of ‘safety’ and where that word draws lines between what the feds, states and local counties can do to protect health, well being and economic activity,” said Bold Nebraska director Jane Kleeb. “Industry likes that there is no clear definition so they can keep everyone paralyzed.”

A running conversation between Keystone XL’s sponsor and its federal regulators this spring is refiring debate over the contentious issue of what state or local authorities can do to influence the path of new pipelines.

While the Obama administration’s vetting of KXL remains paused, organizers in Nebraska — a hotbed of resistance to the Canadian heavy crude conduit — are still urging county governments to limit the reach of future pipelines through new zoning and land-use rules.

Pushback to those efforts from TransCanada Corp. got the company a friendly warning on May 28 from the Pipeline and Hazardous Materials Safety Administration that localities have a “critical” part to play in pipeline safety.

In its own reply to PHMSA today, a copy of which was obtained by EnergyWire, TransCanada described its views on state and local authority over pipelines as “consistent with” its regulators. The KXL sponsor took a more critical view, however, of Nebraska zoning efforts.

TransCanada KXL President Corey Goulet wrote in his letter that the “most recent zoning proposed in the counties along the Keystone XL route go beyond the traditional prerogatives of local government and the principles embodied in” the Pipelines and Informed Planning Alliance (PIPA), a public-private partnership that issued nonbinding recommendations in 2010.

Asked to address eight possible areas that PHMSA outlined for local governments to assert their power over pipelines — including limits to land use near oil transportation lines and mandates for emergency response plans — TransCanada spokesman Mark Cooper said that all are examples of proper local rules for “existing” pipelines, consistent with PIPA.

But the PIPA process that ended in 2010 notably did not address new pipelines because the Federal Energy Regulatory Commission “and the industry were willing to stop the whole process if we brought that up,” Pipeline Safety Trust Executive Director Carl Weimer said in an interview.

“Can a county protect zoning around critical areas by telling a pipeline it can’t come through there because it would ruin those areas?” asked Weimer, whose citizens’ advocacy group often joins industry at the table in helping PHMSA steer new safety proposals.

PHMSA’s letter to TransCanada did not settle the question PIPA left open. Rebecca Craven, the safety trust’s program director, warned that until the “gray areas” of zoning laws that could affect health and safety are tackled via “legislation or litigation,” pipeline companies beyond KXL would continue to “take advantage of that to scare local governments into not enacting ordinances.”

Anti-KXL campaigners such as Jane Kleeb, founder of the nonprofit Bold Nebraska, have blasted TransCanada since 2011 for what they say are frequent local appearances aimed at intimidating county officials into abandoning any potential zoning that could affect pipelines (EnergyWire, June 2).

Kleeb yesterday slammed TransCanada’s claim to align with PHMSA and current law as “a joke” via email.

“No one can give citizens or local governments an actual definition of ‘safety’ and where that word draws lines between what the feds, states and local counties can do to protect health, well being and economic activity,” she said. “Industry likes that there is no clear definition so they can keep everyone paralyzed.”

The Cornhusker State is hardly the first to see local friction over pipeline siting that could potentially affect safety from oil and gas transportation. Indiana environmental groups last year sought stronger leak detection for the replacement of a Canadian oil sands crude line operated by TransCanada competitor Enbridge Inc., and New Hampshire legislators in April approved a measure that would require the Portland Montreal Pipeline to submit its own emergency plan to the state.

Operators of the Portland Montreal line, considered a likely future carrier of the same emissions-heavy oil sands crude that KXL would ship, opposed that New Hampshire bill, according to local reports.

The unresolved territory of local pipeline siting standards may yet see its day of reckoning in August, when PHMSA plans to meet with industry and safety groups such as Weimer’s to “breathe more life into the PIPA effort,” as he put it. The safety trust is completing work on a local governments’ guide to pipelines ahead of that meeting, using a $50,000 PHMSA grant.

“We need to have an answer for” local planners who want to know how much authority they can exercise over new pipelines, Weimer said. “Whether we just get plowed under again [in August] … I don’t know what will happen.”