TELL THE LEGISLATURE: Please put in place a moratorium on any further importation of fracking waste and any new permits to dispose of such material, starting now.

The Natural Resources Committee of the Nebraska Legislature held a hearing March 11 on LB 512. Read the Omaha World Herald’s coverage of the hearing.

Below are talking points you may consider when contacting your senators.

Please put a moratorium on the importation of fracking wastewater into Nebraska, and any new permits to dispose of such wastewater, until adequate safeguards can put in place to protect the interests of the residents of the area, the financial interests of the people of this state and our land and water, particularly our precious Ogallala aquifer and our drinking water.

Poorly managed agencies have caused immeasurable harm (just think of the victims of Nikko Jenkins, who should have been behind bars) and cost the state millions of dollars (i.e. DHHS). The Nebraska Oil and Gas Commission has engaged in some unusual behavior for a state regulatory agency, such as publicly endorsing the Keystone XL pipeline.

Our counties, cities and NRDs should have the right to weigh in, to develop their own standards for the resources under their charge — whether it’s property values, schoolchildren or aquifers they have to protect.

Since there are many questions that need to be answered, and many of the questions already have negative answers, the Legislature needs to put the brakes on this process before irreparable harm is done to our taxpayers and our resources.

Although LB 512 has been introduced by Senator John Stinner to address some issues of fracking waste disposal, it only puts fees on disposal and does not address any of the questions raised above. 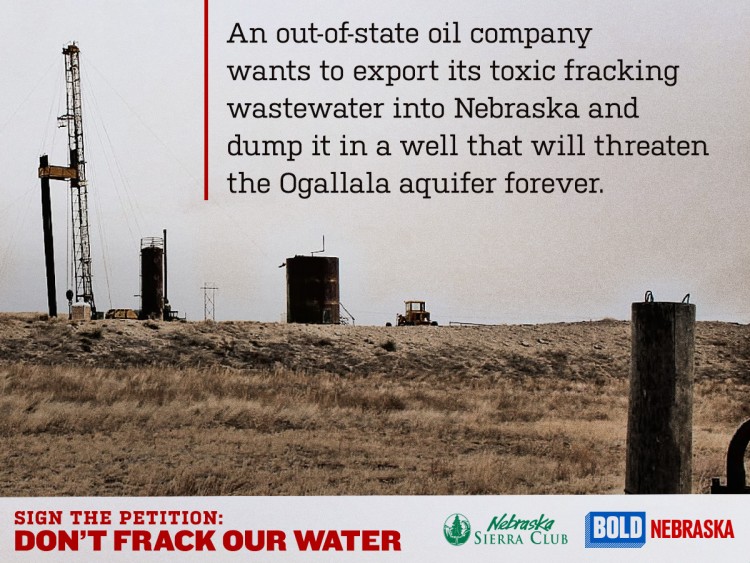