UPDATE from Jane, Sept. 3: Dakota Access is now suing Bold and an allied group Iowa CCI because we exercised our right to assemble. Over Labor Day weekend, over 6,000 people are on the ground in ND. We need your support now more than ever!

Click here to chip in $30 or whatever you can to support Pipeline Fighters at the Spirit Camp in ND and on the ground in IA.

Right now, thousands of Pipeline Fighters have gathered at the Camp of the Sacred Stones, set up by the Standing Rock Nation to protect sacred land and water from the Dakota Access “Bakken” Pipeline at the point where it would cross the Missouri River near Cannon Ball, N.D. — less than a mile from the Standing Rock Reservation. Enbridge, which many of us pipeline fighters know is a tarsands company, just bought the Dakota Access pipeline.

The Missouri River — which provides drinking water for more than 18 million people — is sacred to many Lakota and other tribes, who believe “Mni Wiconi” (“Water Is Life”).

Bold Nebraska is collecting donations to help support the Pipeline Fighters at the Spirit Camp in North Dakota and landowners on the ground in Iowa battling the same pipeline. The Tribes are erecting an historic lodge on the site of the Spirit Camp that has not seen all of the Oceti Sakowin Tribal Nations united since the Battle of Little Big Horn. Landowners are in court protecting themselves against eminent domain abuse.

Click here to chip in $30 to support Pipeline Fighters.

Bold Oklahoma coordinator and Ponca Nation member Mekasi Camp Horinek is on the ground at the Spirit Camp, helping to organize nonviolent actions aimed at sending a powerful message to President Obama to stop the pipeline. We hired a photographer to document each day for us, you can see pictures here. Bold Iowa Director Ed Fallon is working every day with landowners and allied groups on creative actions, eminent domain and now defending ourselves in court against Dakota Access. 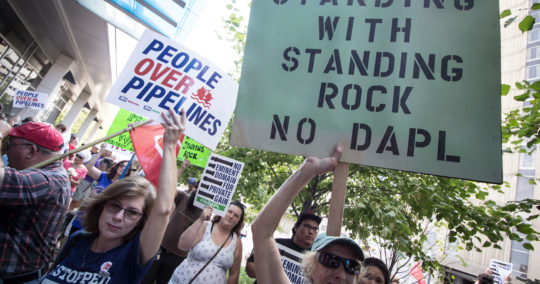 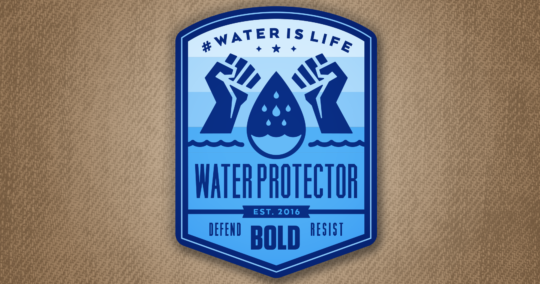