The largest climate march in history is being planned in New York City on Sunday, Sept. 21, to coincide with international talks focused on climate change.

Watch a live stream of the NYC march below:

We will be urging governments to support an ambitious global agreement to dramatically reduce global warming pollution.

With our future on the line and the whole world watching, we’ll take a stand to bend the course of history. We’ll take to the streets to demand the world we know is within our reach: a world with an economy that works for people and the planet; a world safe from the ravages of climate change; a world with good jobs, clean air and water, and healthy communities.

Read Bill McKibben’s (of 350.org) invitation to the march in Rolling Stone.

**CANT MAKE IT TO NYC? MARCH IN SOLIDARITY IN LINCOLN OR OMAHA** 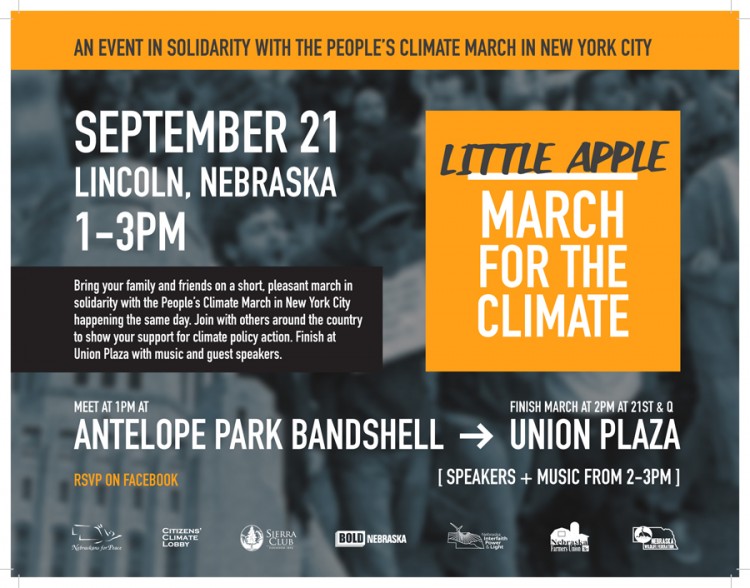 Bold Nebraska has been raising funds to help send members of the Cowboy and Indian Alliance — Nebraska farmers and ranchers who live in the path of the proposed Keystone XL pipeline, and tribal allies we have stood side-by-side with to protect our land, water and climate for future generations.

Click here to donate $20 to help fund travel expenses for
the Cowboy and Indian Alliance
to attend the People’s Climate March.