A few years back I was researching the latest numbers available regarding livestock concentration.  Problem was, the best report (done by the University of Missouri) to track the continued consolidation of the packer industry was nowhere to be found.  So naturally some calls of concern were made, and what I learned was quite alarming.  The livestock sector had become so concentrated that it was now impossible to collect accurate data showing how much consolidation was actually occurring!

As of the last University of Missouri report by Mary Hendrickson and Bill Heffernan, released in April 2007, four beef packers controlled 83.5% of the market.  They are Tyson, Cargill, Swift & Co. and National Beef Packing Co.  The pork industry tells a similar story with an estimated 66% concentration ratio split between Smithfield Foods, Tyson, Swift & Co. and Cargill.

The lack of competition means farmers and ranchers have very limited options for selling their product.  Thus, it’s become easy for these few companies to control the volatility of the market, meaning the farmer or rancher must sell when the packers demand their product no matter what the market price may be.

Here are a few statistics to put this into perspective:

This spells trouble not only for our farmers and ranchers but is the root to many of our other problems.  With fewer people to care for the land and grow our food, we begin to see less oversight of food production which has lead to a whole host of problems.

The rise of these large multi-national or corporate farms has created environmental issues and a demand for cheap labor that can be directly tied to our immigration problems.  This corporate style of agriculture has contributed to the shrinking middle class and created a climate in which there is minimal opportunity for children to come back to Nebraska.  I would argue that this brain drain from the Midwest has led to the erosion of our country’s moral base.

Nebraska, however, has traditionally stayed ahead of the game.  In 1982, Nebraskans passed a ballot initiative that amended the state constitution to protect family farms.  Initiative 300 (I-300) was a ban on non-family farm corporations in Nebraska.  Known as the strongest anti corporate farming ban in the country, I-300 helped Nebraska maintain a higher number of fed cattle with a smaller decrease than any of the other big cattle states.  And while the number of family farms in Nebraska has declined, family farm agriculture has not been wiped out like in other states.

Tragically after 25 years with I-300 in place, the Eighth Circuit Court decided that it was unconstitutional because the plain language of I-300 violated the U.S. Commerce Clause.  An appeal to the Supreme Court was not granted.  This not only was a misinterpretation of the language but raises serious questions about states’ rights.

Despite these setbacks, there is still hope.  The USDA has opened up a comment session that will allow producers and others to voice their support of the proposed GIPSA rules that have been written to clear up some language in the Packers and Stockyards Act (PSA) of 1921.  (The PSA was written to protect the food producer from predatory packers.)

For the first time in our lifetime the Department of Justice (DOJ) will be looking more closely at not only the concentration issue but also at the actual implementation of the PSA.  The PSA, although in place for all this time, has been ignored as powerful lobbyists from the packer industry and special interests have worked against its enforcement.

Now the DOJ is asking citizens for input on the concentration of the livestock industry.  They will be hosting an open forum on the Colorado State Campus in Fort Collins, CO on Friday, August 27th.  Farmers, ranchers or any U.S. citizens concerned about our rampant path towards a monopolistic society will be showing up from all corners of the country to express their concerns.

Our country has faced many challenges, but one thing has remained the same.  Our moral obligations have always outshined in trying times.  From the Tea Party protests in Boston Harbor which were a protest of unfair taxation and the threat of having limited market opportunities from the British, to the breaking up of the concentrated wealth in the Rockefeller and Carnegie years at the turn of the 19th century, United States citizens have done what is right and just.

Our ancestors left for the New World because they did not want to be treated as serfs, working for pennies under unscrupulous monarchs.  They came for the opportunity this country offered and freedom from oppression.  This trend of vertical integration in agriculture takes us back centuries to the struggles of the old country.

Decline in Numbers of U.S. Feedlots 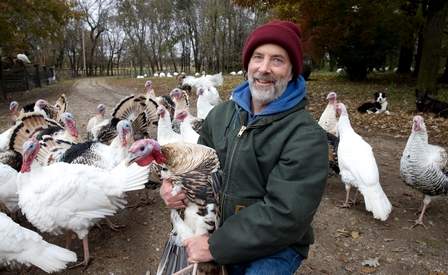 Directory of Local Nebraska Producers to Source Your Holiday Meals

News December 27, 2013
Tagged Agriculture, Local Food
With turkey day around the corner, and folks making plans for their holiday meals, we have compiled a handy list of local Nebraska producers to source all of the meats, vegetables, wines and beers you’ll need for your family feasts! (As Nebraska’s growing season is now over, we strongly suggest you contact these producers ASAP […]
Read Post 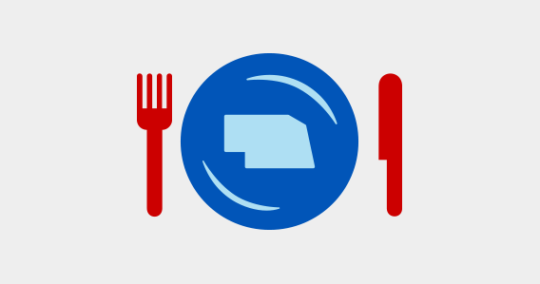 News September 8, 2011
Tagged Issues, Local Food
Eating locally isn’t about being some hippie who only eats organic apples. Instead, the local food movement is all about community and sustainability. Produce in the big supermarkets is sometime shipped from halfway around the world (which means burning lots of fuel), so it’s not as fresh or nutritious as the stuff that comes from […]
Read Post
All News