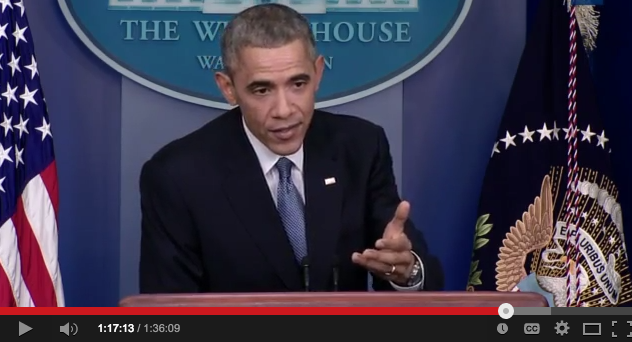 “There is very little impact, nominal impact, on US gas prices — what the average American consumer cares about — by having this pipeline come through.

And sometimes the way this gets sold is, let’s get this oil and it’s going to come here — and the implication is that that’s going to lower gas prices here in the United States. There’s a global oil market.

“There’s been this tendency to really hype this thing as some magic formula for what ails the U.S. economy, and it’s hard to see on paper where exactly they’re getting that information from.”

We call on Pres. Obama to REJECT Keystone XL now: