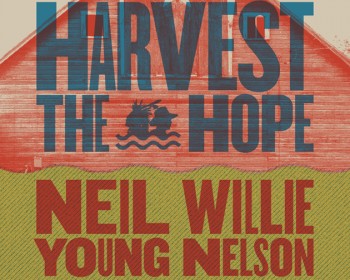 Lincoln, Nebraska — The Nebraska Chapter of the Sierra Club today joined Bold Nebraska in announcing the Chapter’s sponsorship of the Harvest the Hope concert featuring Neil Young and Willie Nelson to be held September 27th on Art Tanderup’s farm near Neligh, Nebraska.

“We are honored to continue to stand with Bold Nebraska and the Indigenous Environmental Network, as well as continuing to stand with all the pipeline fighters on the frontlines of the battle against the Keystone XL pipeline,” said Candy Bless, Sierra Club Nebraska Chapter Chair. “For this reason we are honored to be a sponsor of this historic event, featuring musical legends Neil Young and Willie Nelson.”

Chapter Vice-chair David Corbin stated: “The Nebraska Sierra Club is proud to stand with Neil Young, Willie Nelson and the thousands of people who will be gathering for the Harvest the Hope concert.  We are all in concert in opposition to the Keystone XL pipeline that, if built, would carry some of the dirtiest fossil fuels across Nebraska putting our water and land at risk.”

Jane Wilson, a long-time Sierra Club member who has organized dozens of anti-KXL events stated: “With climate change wreaking havoc all over the world, it is clear we must quit exploiting fossil fuels and stop building the infrastructure to support them if we want to have a habitable planet. Tar sands must stay in the ground, and pipelines like the Keystone XL must not be built. Our water, air and land must be protected at all costs. I’m grateful for Neil Young and Willie Nelson, who are giving their time and talent to spread that message.”

Jane Kleeb, Bold Nebraska Executive Director: “Sierra Club has stood with landowners and tribal communities from day one. We are proud to have them as an ally in the fight against Keystone XL and now a partner with Harvest the Hope concert to protect our heartland.”

Proceeds from the “Harvest the Hope” concert will go to Bold Nebraska, the Indigenous Environmental Network and the Cowboy & Indian Alliance, to fund the ongoing fight against the Keystone XL pipeline, as well as a number of small, community-based clean energy projects on farms and tribal lands. The daytime, outdoor concert will take place in a field on a farm owned by the Tanderup family, who are part of a strong collective of Nebraska landowners refusing to sell their land to TransCanada for the Keystone XL (KXL) pipeline.

Additional details on the “Harvest the Hope” concert and Tanderup farm:
https://boldnebraska.org/concert