Click the link below to listen to a recording of today’s press call: 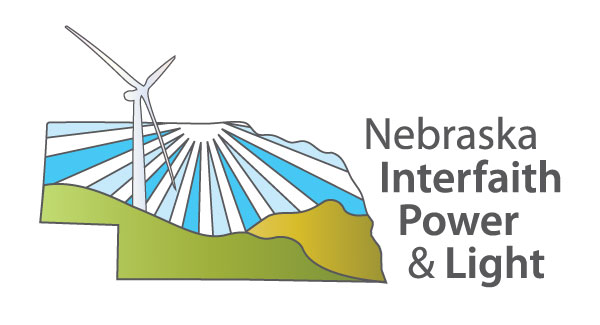 Pope Francis writes that climate change — caused mainly by human activity — is a major threat to life on Earth, and urgently call on humanity to reduce the use of fossil fuels, increase renewable energy sources, live less consumptive lifestyles, and address the needs of the poor who will be most adversely affected by climate change.

The encyclical also notes that while the earth is God’s gift to us, human activity, particularly a worldwide economy that has prioritized the maximization of profit, has gravely endangered the basis of life itself.

While some may see the issue of climate change as controversial, Pope Francis has drawn upon a long history of Roman Catholic theology and precedent in advocating for the health of the environment. Even so, his words are expected to have ramifications far beyond the Roman Catholic Church.

A press call was held on Thursday morning, a recording of which is archived at this link:
https://soundcloud.com/boldnebraska/nebraska-faith-leaders-environmental-groups-discuss-pope-francis-encyclical-on-climate-change

Participants on the press call included:

QUOTE: “Pope Francis has posed a profound question: how should someone of conscience behave toward the Earth and those less fortunate? People of every faith know that climate change is not a political issue—it is an issue about life itself. Now is the time for the people of the world to unite under Pope Francis’ call to action to protect our planet and our people.” –Rev. Kim Morrow, Executive Director, Nebraska Interfaith Power & Light

QUOTE: “The faith community has supported our work to stop the risky Keystone XL pipeline with prayer vigils and community meetings in churches across the state of Nebraska. As we all begin to grasp the challenge of climate change in personal ways, the Pope’s teachings speak to our hearts and urges our political leaders to take climate action now. There is nothing more personal than one’s faith and tacking climate change must become personal for each of us in order to protect our land, water and homes.” –Jane Kleeb, Executive Director, Bold Nebraska

QUOTE: “In the documents coming out of consultations with scientists, religious leaders, and policy makers, which will inform Pope Francis’s Encyclical, the Pontifical Academy of Sciences has correctly maintained that climate change is a ‘human-induced emergency’, that the worst effects of climate change can be avoided through existing technology while ending the most extreme forms of poverty, and that the ‘decisive mitigation of climate change is a moral and religious imperative for  all humanity’ especially for those in positions of power.” –Dr. Richard Miller, Associate Professor of Systematic Theology, Creighton University

QUOTE: “Climate change is the greatest moral challenge of this century, and this papal encyclical should help our leaders and all of us find the moral backbone to do what is necessary to ensure the future of humankind.” -The Ven. Betsy Blake Bennett, Archdeacon for the Episcopal Church of Nebraska

Nebraska Interfaith Power & Light is one of 40 state affiliates of the national Interfaith Power & Light coalition, whose mission is to facilitate the faith community’s response to our changing climate through community programs, education, and advocacy. The faith communities represented by Nebraska IPL include Lutherans, Presbyterians, Episcopalians, United Methodists, United Church of Christ, Seventh-Day-Adventists, Disciples of Christ, Reformed Jews, Quakers, Unitarians, Evangelicals, members of independent churches and the spiritual-but-not-religious. For more information see www.nebraskaipl.org.