On Friday, Pres. Obama will travel to Indian Country to meet with the Standing Rock Sioux Tribe in Cannonball, North Dakota, six years after he first visited the Crow Nation in Montana, who adopted Pres. Obama and gave him an Indian name — Awe Kooda Bilaxpak Kuxshish, which translates as, “One Who Helps People Throughout the Land.”

A group of our allies will be there to greet Pres. Obama’s motorcade as he enters Indian Country with a #NoKXL message. The Standing Rock Sioux Tribe is officially opposed to Keystone XL.

The #NoKXL greeting party will meet at the Cannon Ball Pit Stop in Cannon Ball, North Dakota, arriving by 11:00 a.m. on Friday, June 13. It’s not likely that Pres. Obama will stop and meet with anyone as he drives past our location, but it’s important that our #NoKXL message reaches him during his visit to Indian Country. If you plan to head up to N.D., wear a Pipeline Fighter t-shirt if you have one, and bring your homemade #NoKXL sign!

When Pres. Obama visits a Lakota immersion school, some people will be wearing t-shirts with this design. The words say (Top: “Defend Mother Earth”) and (Bottom: “Stand Up for Our Children”): 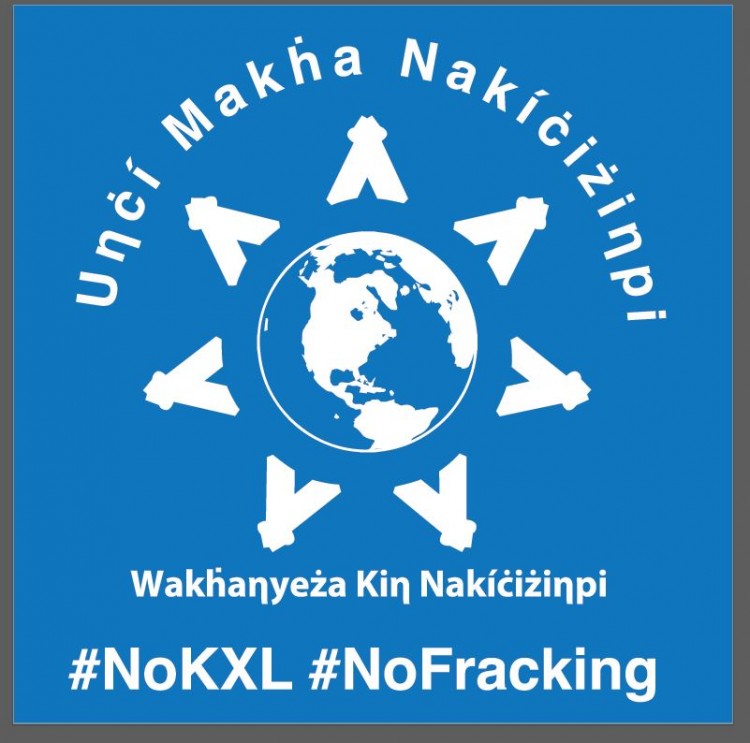 The image below will also be presented to Pres. Obama today on a plaque: 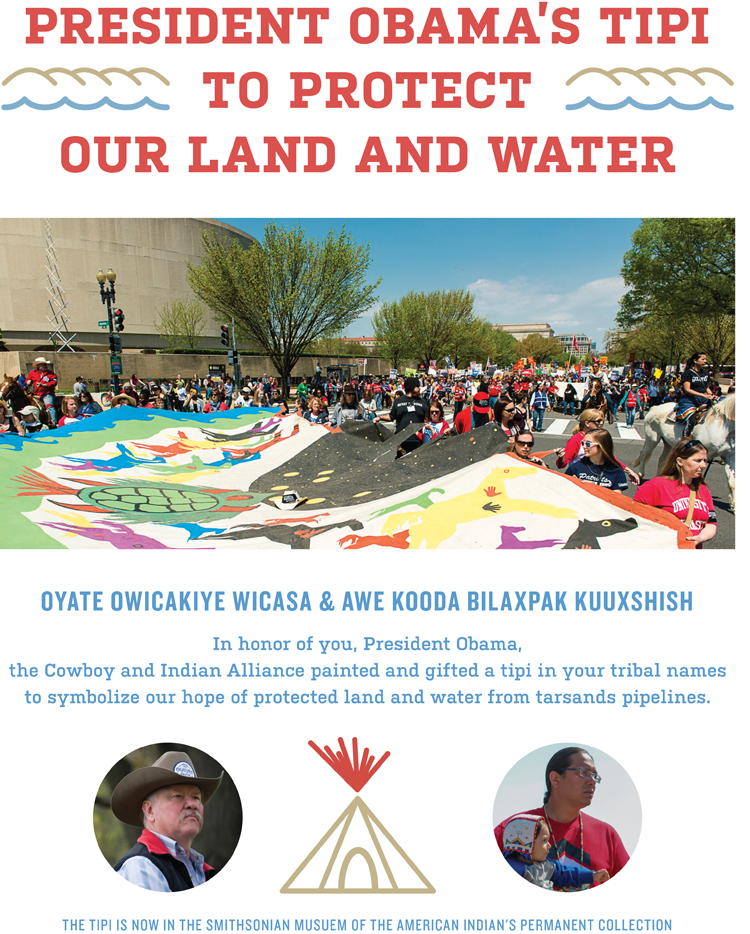