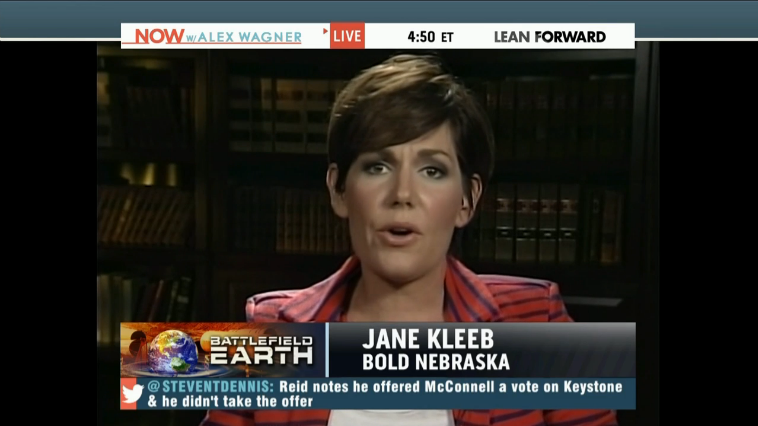 Bold Nebraska director Jane Kleeb appeared on MSNBC’s “NOW With Alex Wagner” on Tuesday, May 27 to discuss the recent action taken by U.S. pipeline safety regulator PHMSA — which placed new safety restrictions on TransCanada after documenting the shoddy work the company did while constructing the southern leg of the Keystone XL pipeline.

“The level of defects is indeed cause for alarm and indicative of something that is going on in the Keystone organization that isn’t satisfactory,” Bea told the Associated Press.