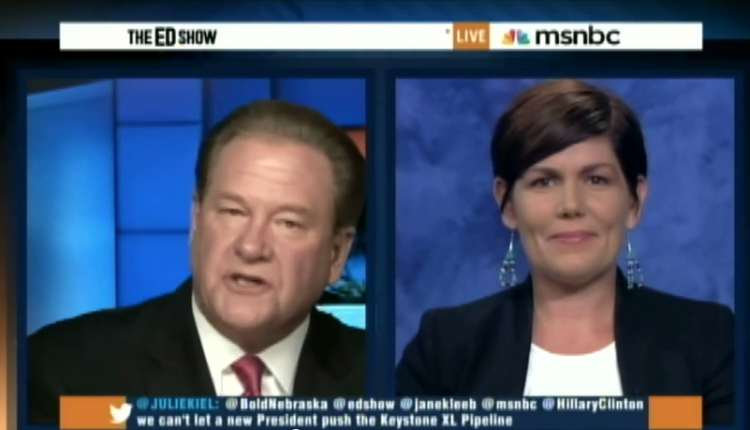 Bold Nebraska director Jane Kleeb appeared on MSNBC’s “The Ed Show” on Monday, July 27 to discuss presidential candidate Hillary Clinton’s recent announcement of a climate agenda that made no mention of the Keystone XL pipeline.

“On the one hand, we have Sec. Clinton saying she wants to be a climate champion and rolling out this renewable energy plan, and on the other hand, she says she’s ‘inclined to support Keystone XL’ — a pipeline that’s not only going to risk our land and water here in Nebraska, but is going to contribute to climate change 20 times worse than traditional oil. While I appreciate that she’s thinking about tomorrow, with solar panels, I need her thinking about today — about the risk on climate that tarsands brings to our country.”