I met Patrick when I spoke at Boys State here in Nebraska. He is now studying at George Washington University while keeping strong tabs on what happens back home.

Patrick’s letter to Gov. Ricketts mirrors what I have heard for months from folks all across our state. It is long past due for love to be honored under our state’s law. Same-sex marriage is a political wedge used by Republicans to create this feeling of “difference” between our families. Gov. Ricketts is simply on the wrong side of history on marriage, just like he is on the wrong side of eminent domain for private gain with the pipeline.

Like Patrick states in his letter, I too hope that Gov. Ricketts sees the basic fact in front of him — over 40,000 gay Nebraskans want equality before the law.
—Jane Kleeb

My name is Patrick Nolan, and I am very proud to be a young Nebraskan.

When I left Nebraska to go to study in our nation’s capital at The George Washington University last fall, I left thrilled by the opportunity to represent my amazing home state and its people. I talked incessantly to my Californian roommate and my New Englander friends about Nebraska and its merits. I must have given them a run down on our elections, our unicameral, our major issues, and our strong economy more times than any of us can count.

Most importantly though, I stressed that Nebraska was a place unlike any other because of its people: sensible, polite, hardworking, understanding, fair, and just people. I wanted my friends from all over the country to know that I came from a state where equality, compromise, and respect for one another drowned out the din of partisanship, ineffectiveness, and disrespect that plagues the town I call my temporary home. And for the most part, I did. Comments that I so often heard like, “Isn’t Nebraska boring?”, or, “Why should we care about Nebraska?” were replaced by questions about our progress as a state, or about how our state’s government was fighting for the unalienable rights of its citizens. I proudly answered those questions. Until today.

You can imagine how profoundly disappointed I was today when I read your comments that accompanied an appeal by Attorney General Doug Peterson following Judge Bataillon’s ruling that lifted Nebraska’s archaic ban on same-sex marriage.

I do not know what I am going to tell my friends here to justify your administration’s actions pertaining to marriage equality in our great state. You, and your Attorney General Doug Peterson, are doing all that you can to prevent equality before the law in Nebraska. I am aware that Nebraska’s constitutional amendment was passed via referendum in 2000 by a popular vote of nearly 70%, and that your office holds an obligation to “defend the Nebraska Constitution”, but I see a few things wrong with the argument of public opinion you are making.

To start, public opinion has largely changed on the topic of marriage equality in the United States; according to the Pew Research Center, since Nebraska’s ban was ratified, 37 states have legalized gay marriage due to similar court rulings or legislative changes. In fact, according pollster Alex Lundy, Mitt Romney’s former Data Science Director, approximately 64% of Evangelical Millennials (who are now becoming old enough to vote) support marriage equality. The Washington Post found that 64% of moderate Republicans are in favor of marriage equality, with only 27% staunchly opposed. Furthermore, A December 2013 poll from Anzalone Liszt Grove Research found that 51% of voters living in non-marriage states (at the time, 34 states) support marriage for same-sex couples. In fact, this study found that support for marriage is strong in every region of the country – 59% in Central states, 53% in Western states, with opinion split evenly in the South, 46% in favor and 46% opposed.

Finally, and perhaps most importantly, a 2013 Omaha World-Herald poll found that 54% of Nebraskans support some form of legal recognition for same-sex couples, with 32% saying they support marriage and an additional 22% saying they support civil union. To imply, as I believe you have, that public opinion is the same as it was in 2000 is, with all due respect, shortsighted.

Regardless of public opinion, one reason the federal court system exists is to check state laws that do not comply with federal laws and precedent. I would hardly call Judge Bataillion’s ruling the voice of an “activist judge” who is “[substituting] his personal political preferences for the will of the people” as it is consistent with the ruling of many other federal district and appellate courts. Furthermore, I think it’s becoming clearer and clearer where public opinion lies on this issue.

And I think that touches on an important point, Governor Ricketts. Public opinion will never justify an injustice. The courts of our land exist to ensure that freedom and justice ring louder than intolerance and ignorance. I believe that by appealing this court decision, as you and your Attorney General have chosen to do, you threaten the freedom of 40,000 Nebraskans.

The Supreme Court of United States will rule on this issue this summer, and they, like so many courts in the United States, will likely rule in favor of lifting same-sex marriage bans. It saddens me to think that Nebraska will be one of the last states in the history of the U.S. to legalize marriage freedom, and I dread the days when I will have to explain to my children why my beloved home state was on the wrong side of history.

As a Nebraska citizen, Governor Ricketts, I respect you and your office for taking on the immense responsibility of leading this great state. I hope that, in the coming months, I can once again feel as proud as I once did to be a Nebraskan. 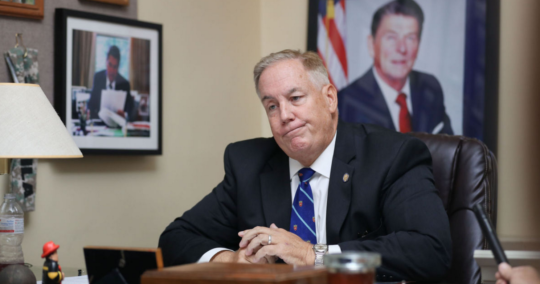 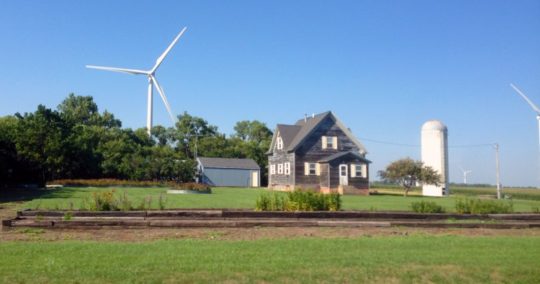