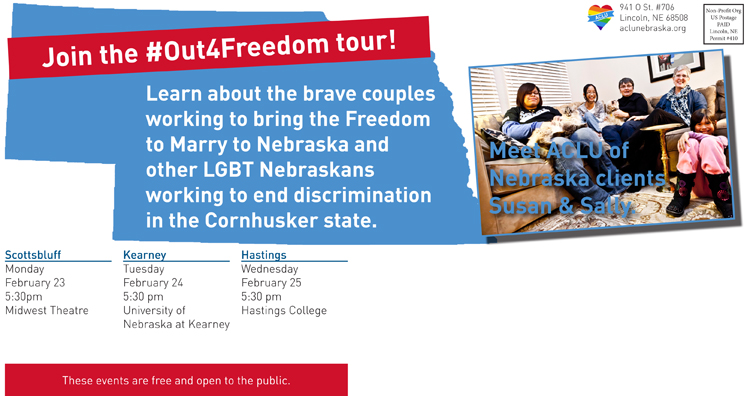 The ACLU of Nebraska has organized a 2015 Greater Nebraska Freedom Tour, where Nebraskans can meet Susan and Sally Waters, two of the plaintiffs suing the state to give all the freedom to marry. The events will take place Feb. 23-25 at 5:30 p.m. in Scottsbluff (23rd), Kearney (24th) and Hastings (25th).

In addition, the ACLU of Nebraska will provide an update on its marriage case currently making its way through the federal court system in Nebraska, as well as the Equality Agenda bills in the Nebraska legislature that cover discrimination in employment, foster care, adoption, health care, and education issues.

Bold Nebraska supports the Equality Agenda bills and the ACLU of Nebraska’s lawsuit seeking the freedom to marry for all Nebraskans. 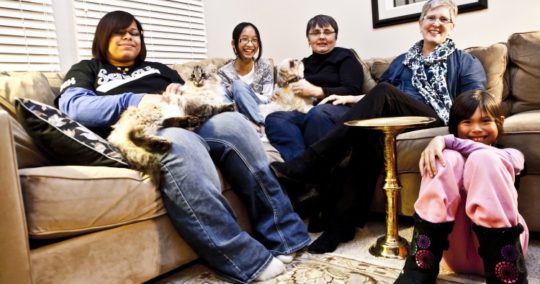