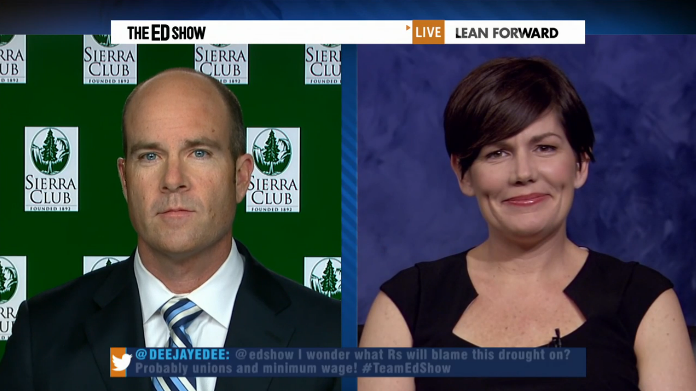 Bold Nebraska director appeared on MSNBC’s “The Ed Show” on Friday, Feb. 13 along with Michael Brune, director of The Sierra Club, to talk about landowners’ victory in court in Nebraska last week, when a judge granted their preliminary injunction halting eminent domain against their land while their challenge to TransCanada’s eminent domain authority is brought back before the Nebraska Supreme Court.

The segment also discusses climate change in light of a new study that indicates the American Southwest and Great Plains will face a mega-drought during the second half of the century.