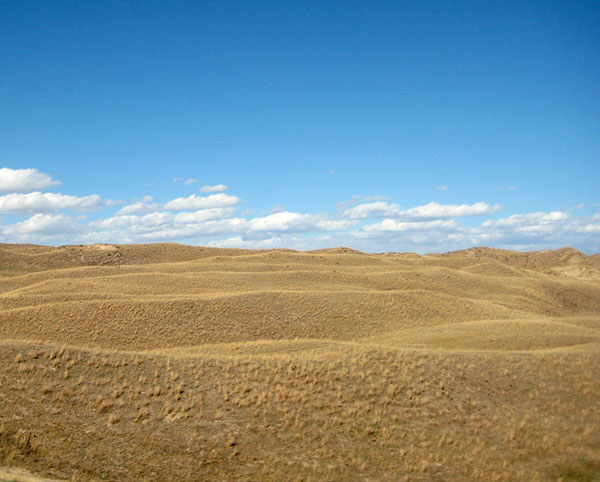 After a series of hearings in communities affected by their Proposed R-Project power line, Nebraska Public Power District is still accepting public comments on the proposed power line project.  The project met with opposition at the hearings, with landowners and citizens voicing concerns over property rights, property values, environmental damage and dangers to wildlife.  Save the Sandhills, the group leading the charge against the R-Project, posted this summary on their Facebook page and on their website:

NPPD’s R-Project was met with great resistance at the Public Hearings held November 4th-12th throughout the affected counties. The opposition from the audience was almost unanimous, with the exception of past NPPD employees and local power utility representatives. Throughout the hearings there was a theme of concern regarding extremely limited amount of access to the route, the fragility of the soil, restoration, ground water, health hazards, Nebraskan heritage, and the fact that NPPD has never built a line in the conditions that make up the extremely unique ecosystem of our Sandhills. Sandhills agriculture and tourism are leading economic industries for Nebraska.

Save the Sandhills has been very encouraged by the public outcry against the proposed R-Project route. Concerned citizens across the globe have joined forces with us and our numbers continue to grow. The next step of this process is sending in comments to the US Fish & Wildlife Service about how this line will affect the habitat of many species, including the people who call the Sandhills home and who depend upon its existence for their livelihood.

NPPD will be accepting comments on the R-Project until December 12.  Comments can be submitted on NPPD’s online form or via email to the address powerline@nppd.com.

The U.S. Fish and Wildlife Service is also accepting public comments on the R-Project as part of their preparation for an Environmenal Impact Statement on the project.  According to the EIS website, USFW is particularly interested in comments addressing the following:

1. The direct, indirect, and cumulative effects that implementation of any reasonable alternative to the proposed project could have on endangered or threatened species and other unlisted species, including migratory birds and their habitats;

2. Other reasonable alternatives to the proposed project and permit issuance that should be considered;

4. Current or planned activities in the subject area and their possible impacts on the American burying beetle;

5. The presence of archaeological sites, buildings and structures, historic sites, sacred and traditional areas, and other historic preservation concerns;

6. The scope of covered activities, including potential avoidance, minimization, and mitigation measures for incidental take of the American burying beetle;

7. Appropriate monitoring and adaptive management provisions that should be included in the HCP; and

8. Identification of any other environmental issues that should be considered regarding the proposed project and permit action.

As we have said before, Bold Nebraska supports transmission lines for renewable energy projects, especially for small-scale community-based projects that utilize local control, create local jobs, and keep revenues in our state.  We also believe in protecting our state’s most valuable natural resources, such as the Sandhills.  It is unclear to us, as well as to the landowners in the proposed transmission line route, what criteria were used to select the preferred route.  We know that any new infrastructure project that utilizes private property will cause some negative responses from some landowners, but to be fair to those landowners, they need to be treated with respect and need to be assured that their property wasn’t “selected” by drawing an arbitrary line from point A to point B on a map.  We agree that existing infrastructure should be utilized whenever possible.  NPPD’s preferred route, which cuts through a pristine area of the Sandhills that has very few, if any access roads, might not be the wisest location for such a large project.

For these reasons, we oppose the current proposed route of the R-Project through the Sandhills.
We also oppose NPPD allowing the Arkansas-based Southwest Power Pool to dictate what happens in our state. Our public power system’s purpose is to provide reliable, low-cost electricity to Nebraskans, not to operate in the style of a private utility that exploits our resources and reduces local control for out-of-state interests. The R-project’s primary function will be to connect to a coal plant which will produce more pollution for Nebraska so NPPD can export more coal energy to other states. There are no proposed wind energy projects in the R-Project route area, and NPPD shows no signs of adding more wind, even to the point of voting against purchasing wind at all-time low prices.
If system reliability is a concern, we believe that creating smaller-scale community-based clean energy projects and utilizing distributed generation can help with load issues while not relying on a single piece of expensive mega-infrastructure built in a remote area that would have minimal access in times of emergency.  Clean energy is better for the environment, better for local economies, and better for landowners.  We stand with farmers and ranchers in Nebraska who want to protect their property rights agains irresponsible energy development.  Like them, we want a clean, sustainable future for our children on this land that we love and call home. 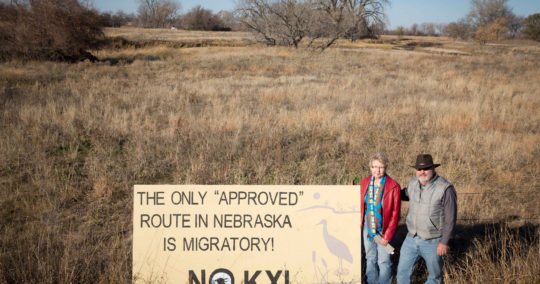