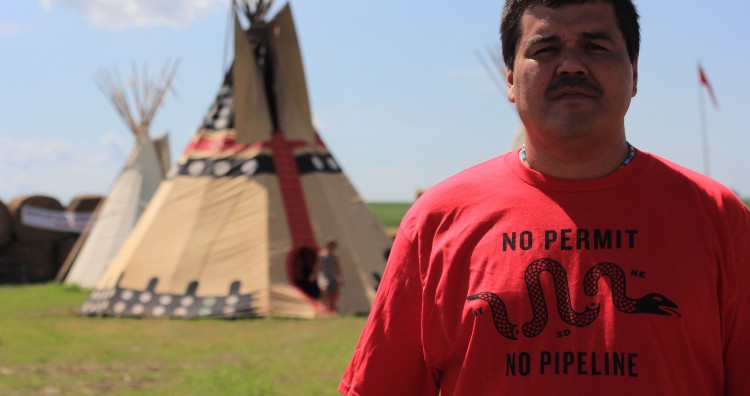 Despite President Obama’s rejection of TransCanada’s application for a federal permit to build the Keystone XL pipeline, the company continues to petition state officials in South Dakota for a recertification of the proposed pipeline’s route through the state.

In response to a motion to dismiss the Keystone XL pipeline route proceedings before the South Dakota Public Utilities Commission filed on Nov. 9th by the intervenors — a group that included many tribes, and landowners from South Dakota as well as Nebraska — TransCanada continues to pay attorneys in the state to argue for its dead pipeline.

“TransCanada and its shippers remain absolutely committed to building this important energy infrastructure project,” the company says in a statement in the legal filing attributed to president and CEO Russ Girling on the day President Obama rejected the risky tarsands export pipeline.

The company is happy to continue dragging landowners, farmers, ranchers and Tribal Nations through already-years-long proceedings for the rejected Keystone XL pipeline, in the hopes that a future administration might approve it.

The next Keystone XL hearing at the South Dakota Public Utilities Commission is scheduled for Dec. 22 in Pierre. Dakota Rural Action and NO KXL Dakota are organizing KXL opponents on the ground.

Click here for details on the Dec. 22 Keystone XL hearing in Pierre.