The recall vote in Omaha has the whole state talking.  We know folks need some facts about where to vote, so those links are below. You might still be making up your minds on which way to vote. We pulled together some info as well as some of the “opinion leaders” in the recall fight to help people navigate the maze. We think the recall is a bad idea and hope on Wednesday the city can move forward with solutions that includes all voices even if it involves leaders from all sides admitting they were wrong and changing course.

Where and When to Vote:
On Tuesday, Jan. 25th, you can vote at your normal polling location.

You can also vote early by going to the Douglas County Election Commissioner’s office (which is at 225 North 115th Street, they are open M-Fri, 8:30am-5pm).

Our Take:
All of our political leaders, from Mayor Suttle to Governor Heineman need to change how they interact with constituents.  But the solution is not recalling validly elected leaders.  The solution is coming to the table and talking through the issues.  The solution is keeping our elected officials accountable and always asking and expecting them to do better.

The recall buzz was going before Suttle unveiled his budget which was no help to the situation.  From what we know, a recall Suttle domain name was purchased just a few days after he was elected.  If certain pro-recall leaders were really interested in fixing Omaha’s budget problems, they would have been at the table from the start before this situation escalated.

Forward Omaha should not have mixed their campaign training and transportation projects.  The move showed poor judgement.  That move does not take away from the organizing work they have done online and in communities.

The recall has escalated and become a three-ring circus that is disenfranchising Omahans from the political process.  Recalling a democratically elected leader will not solve the city’s budget.  It is time to put the campaign politics and shenanigans aside, come to the table and discuss how to realistically move the city forward.

Those Who Support a Recall…the “Vote Yes” Folks:
Dave Nabity: Nabity’s a fixture in conservative political circles who’s known for dismantling any organization who’s unwise enough to invite him in. Nabity’s been in hot water for his work with the Suttle Recall Committee who’s accused him of using the group to launch his own mayoral bid.  Basically, Nabity’s a political opportunist who may be using the city’s financial crisis to feed his own ambition and ego.  Our recommendation: steer clear.

Tom Becka: Becka’s been pretty pro-recall from the start.  The afternoon host on radio station 1110 KFAB, he’s always had a distaste for the fire and police unions.  We’d label Becka as a political moderate, but he’s fervently pushed the recall on his show and facebook page.

Those Who Oppose a Recall…the “Vote No” Folks:
Scott Voorhees: Voorhees is KFAB’s morning host who occupies the center-right of politics.  He’s voiced some mild opposition to the recall.  Voorhees clearly wants to see some changes but is not sure a recall is the answer.

State Sen. Brad Ashford: Ashford is a moderate Republican who represents a good chunk of Midtown Omaha (including Happy Hollow and College of St. Mary’s).  Ashford has said the recall is divisive and disruptive for the city.  Ashford is the head of The Committee to Keep Omaha Moving Forward which ran radio ads against the recall.

Dick Holland: Holland’s a philanthropist (the Holland Performing Arts Center is named after him) and major donor for progressive and moderate groups in Nebraska.  To be fully transparent, he is a donor to Bold Nebraska, so we’re pretty big fans of Mr. Holland.  He’s funding anti-recall group The Committee to Keep Omaha Moving Forward (different from Forward Omaha) because he thinks the recall is an overreaction to a tax increase and will result in minimal gains for Omaha.

State Senator Brenda Council and City Councilman Ben Gray also oppose the recall.  Forward Omaha published a full list of people and groups opposed to the recall, click here to see them all.

Groups Involved:
Forward Omaha, they are the lead organizing group against the recall (the “Vote No” folks).

Citizens For Omaha’s Future, they are the lead organizing group supporting the recall and are run by Dave Nabity (the “Vote Yes” folks).

Taxpayers for Omaha’s Future, this is a group against recall, mostly funded by police union.  They are running ads right now with two moms talking.

The Committee to Keep Omaha Moving Forward is against recall, mostly funded by Dick Holland.  This group is headed up by Brad Ashford and ran radio ads earlier in the anti-recall effort.

Want to Read More?
Check out the blog Nebraska Watchdog for coverage on the recall.  While Joe Jordan’s blog is funded by Pete Ricketts, an extreme conservative, Joe has maintained a solid level of integrity in his writing and provides great coverage on local issues.  We do not have many investigative reporters left in our state, Joe is by far one of the best. 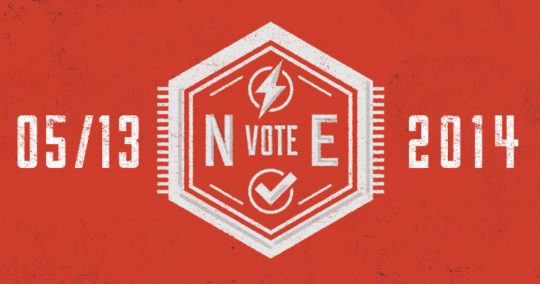