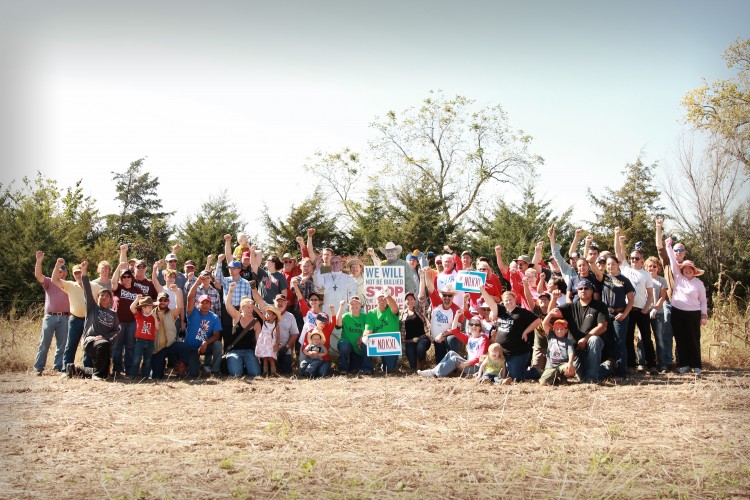 Lincoln, NE — The U.S. State Department today rejected TransCanada’s request for a “pause” of the ongoing review of its proposed Keystone XL pipeline.

“We applaud the State Department for telling TransCanada they do not get to pause the process that so many farmers’ and ranchers’ livelihoods have waited on for over 6 years,” said Jane Kleeb, Bold Nebraska director. “We turn to Pres. Obama to give the final no on this risky pipeline. For years we stood up to the Big Oil machine and now we need Pres. Obama standing up with us to protect our land and water.”

In just the past 24 hours, citizens have sent more than 130 “#NOKXL” pens to President Obama, urging him to end the uncertainty around the pipeline with the stroke of his pen — by signing the rejection letter for TransCanada’s permit.

Additionally, on Nov. 16 a delegation of Nebraskans and South Dakotans will travel to Washington, D.C. to participate in an action outside the White House, to make our case that the President should reject Keystone XL now.