Rep. Lee “Tarsands” Terry, TransCanada’s top cheerleader for the Keystone XL pipeline in Congress, went on MSNBC’s “The Ed Show” on Tuesday, April 29 to tell the citizens of Nebraska that he stands with Big Oil and against their property rights. 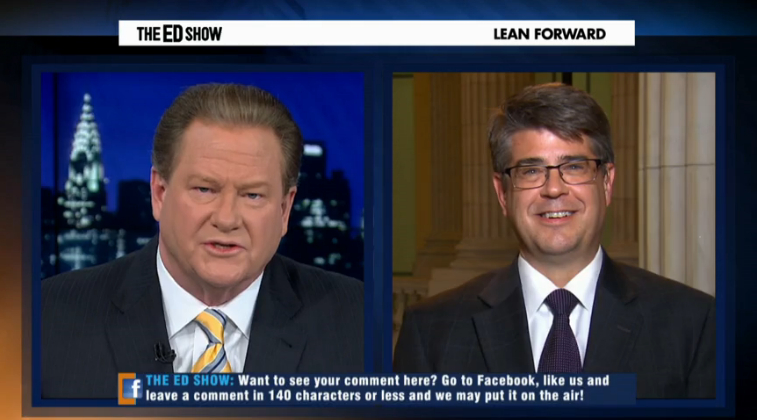 Terry said that, despite having no National Interest Determination from the State Dept., and a Nebraska court ruling that voided TransCanada’s route for KXL in the state that is currently on appeal before the state Supreme Court, Pres. Obama should sign a permit anyway. Then, Terry says, TransCanada could begin construction immediately, and encouraged the foreign oil corporation to take our Pipeline Fighter landowners to eminent domain court to obtain their land against their will.

“Under the Court’s ruling, TransCanada has no approved route in Nebraska. TransCanada is not authorized to condemn the property against Nebraska landowners.The pipeline project is at standstill in this State.”

Watch Lee Terry on “The Ed Show” below: