A group of Omaha Pipeline Fighters led by activists Deirdre Evans, Jane Wilson and Patricia Fuller organized a #NOKXL rally at Congressman Brad Ashford’s office on Tuesday, as part of a nationwide day of action against Keystone XL in hundreds of cities across the U.S.

Pipeline Fighters lined up outside Rep. Ashford’s office in Omaha, and individually spoke with his aides to let them know why they were disappointed in his vote to approve Keystone XL, and urged Ashford to stand with them to protect our land, water and climate for our grandchildren. 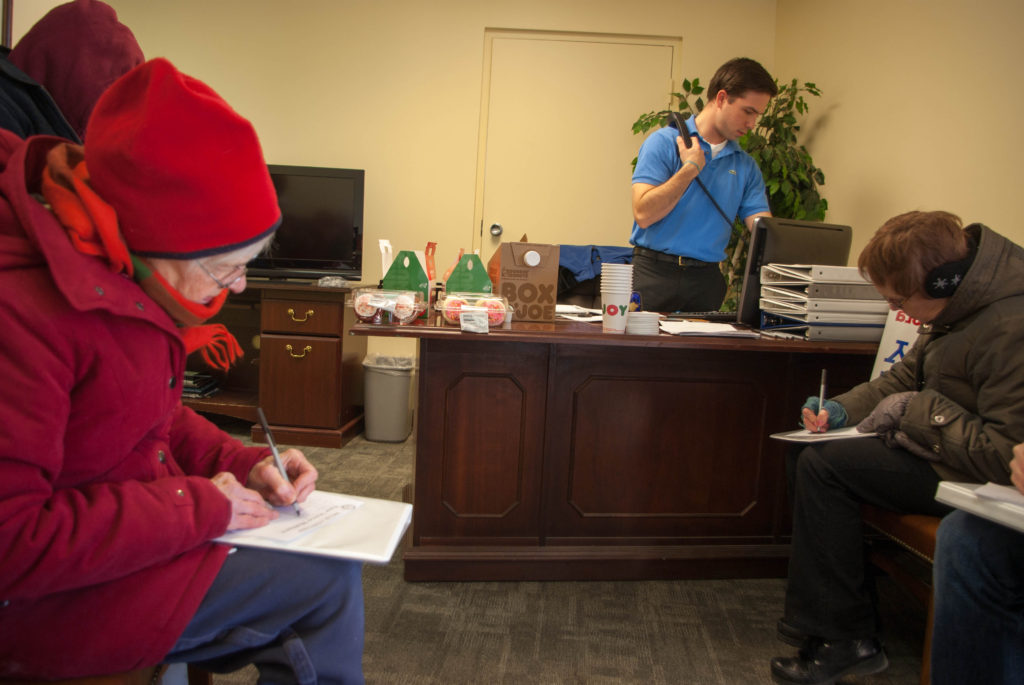 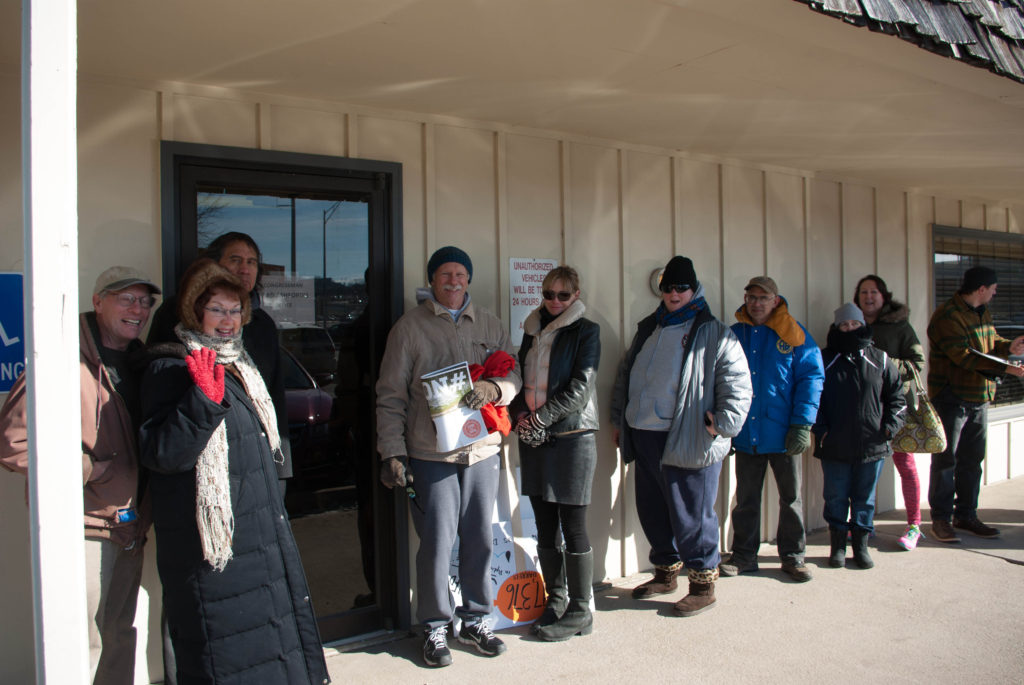 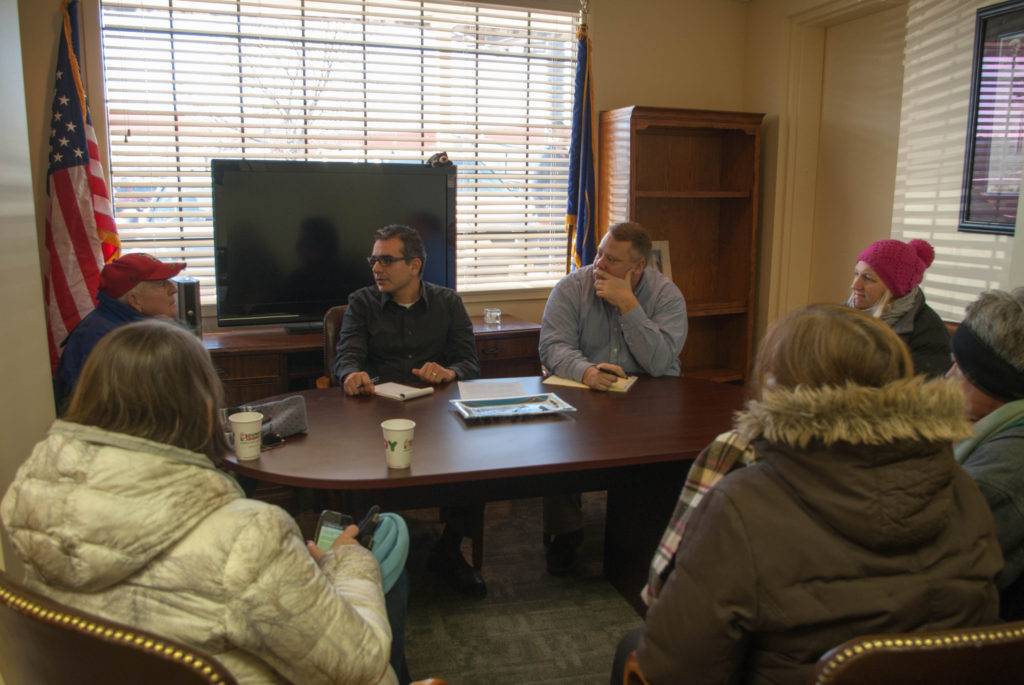 The organizers delivered the following letter to Rep. Ashford, signed by attendees of the event at his office today:

As your constituents and supporters, we are writing to express our extreme disappointment in your recent vote to support the Keystone XL pipeline. In a recent statement to the League of Conservation Voters, you stated, “I have always fought tirelessly to protect our environment and conserve our natural resources with commonsense policies that consider the impact to our businesses and our communities.” In a recent Omaha World-Herald article about the Keystone XL pipeline, you said we need to “get this over with, build the pipeline and get on with bigger questions about the environment.” We ask you, what environmental issues could be more important to Nebraskans than their land and water, including the agricultural systems they support?

You also noted that TransCanada already has one Keystone pipeline carrying the same product through the state. Apparently, you are unaware that Keystone One is between 150 to 200 feet above the water table and goes through clay-like soil. This as opposed to the second route which still goes through the porous Sand Hills-type soil where the water table is on the surface (think wet meadows). The first pipeline had approximately 14 leaks in its first year.

TransCanada should not be allowed to take American land for the profit of foreign companies (approximately 40% of the companies in Alberta are not even Canadian, including China, the Chinese military, South Korea, Japan and many multinationals). This is land they would keep in perpetuity with no plan to remove the pipeline if it’s no longer needed. Pipes that would be contaminated with toxic, corrosive chemicals. Imagine a strip of Nebraska that would now be forever Canadian land!

You say the bigger question of the pipeline and its impact on climate change is subject to debate. Tar sands crude, as its name implies, is one of the most carbon-intense fuels to be extracted from the earth. Even the State Department’s most cautious calculations acknowledged that extracting, refining and burning tar sands oil is a dirtier process than was previously stated, yielding annual greenhouse gas emissions roughly 17 percent higher than the average crude oil used in the United States. But their acknowledgment understates the environmental damage involved: The destruction of the forests that lie above the deposits which are an important storehouse for carbon, and the impact on streams that flow through them. Their focus on the annual figure fails to consider the cumulative year-after-year effect of steadily-increasing production from an area that is estimated to hold 170 billion barrels of oil that can be recovered with today’s technology and may hold 10 times that amount altogether.

In itself, the Keystone pipeline will not push the world into a climate apocalypse. But it will continue to fuel our oil addiction and add to the carbon load in the atmosphere. The risks are simply unacceptable. It is becoming clearer every day that climate-polluting tar sands development needs Keystone XL in order to expand. This means that your decision to support Keystone XL will determine whether massive amounts of carbon pollution will be kept safely in the ground or whether it will be burned to fuel the climate crisis.

Congressman Ashford, there’s no way around it – voting for Keystone XL is incompatible with your commitment to protect the environment and preserve our natural resources, particularly Nebraska’s land and water.