Update: Over 500 Nebraskans, South Dakotans and Texans showed up for the events held on May 17th! You can see pictures on our Flickr page.

See NE, SD, TX pics
See National pics from all over the country

On Saturday, May 17, join communities around the country to ask the president and local officials to reject the Keystone XL pipeline, offshore drilling, and other dirty fuel projects that threaten our communities and destabilize our climate.

The event is part of a National Day of Action being jointly organized by the Tar Sands Coalition and Hands Across the Sand / Hands Across the Land. “Hands,” founded in 2010, grew into an international movement after the BP oil disaster in April of that year. People came together to join hands, forming symbolic barriers against spilled oil and the impact of other forms of extreme energy.

The Cowboy and Indian Alliance, which just wrapped up a weeklong tipi encampment and series of #NoKXL actions in Washington, D.C. at Reject + Protect, will be participating in the 3 local actions planned in Nebraska and South Dakota.

“Hands Around the Spirit Camp” 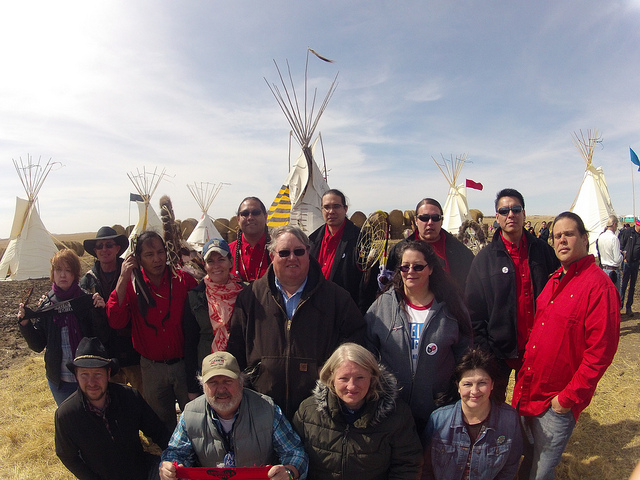 The Cowboy and Indian Alliance — including Aldo Seoane and Oyate Wahacanka Woecun (“Shielding the People”), and Bold Nebraska — will be the hosts for this “Hands Around the Spirit Camp” event at the Rosebud Sioux Tribe Spirit Camp erected to protest the Keystone XL pipeline, located near Ideal, South Dakota.

Join us at the Spirit Camp and join hands to show your support for the Cowboy and Indian Alliance fighting Keystone XL to protect our land, water, air climate for future generations.

“Hands Around the Barn”

Join us at the “Build Our Energy” Barn, the wind and solar-powered barn built by volunteers on land directly in the path of the proposed Keystone XL pipeline near Bradshaw, Nebraska. Check out the renewably energy barn we built last summer with sweat, love, and donations from more than 1,200 people across the country.

We’ll join hands and encircle the barn in a show that we mean to protect this investment in clean, renewable energy from the dirty KXL tarsands export pipeline.

“Hands Across the Bridge” 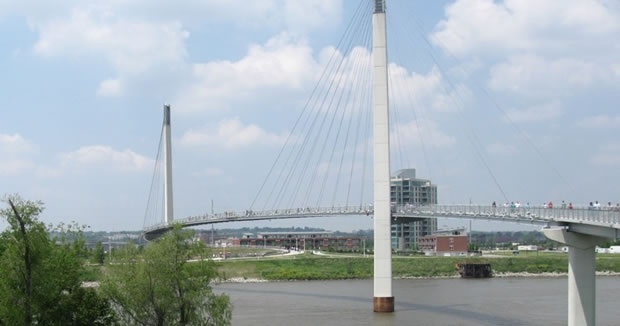 Join us at the Bob Kerrey Pedestrian Bridge that spans the Missouri River in downtown Omaha.

We’ll stand side-by-side on the bridge and hold hands for a photo, to show Pres. Obama and Congress that we stand strong together against the Keystone XL tarsands export pipeline, and together call for a transition from dirty fossil fuels to clean, renewable energy.

Not in Nebraska, or otherwise not able to travel to one of the above events?

Click here for a map of all the national events planned on May 17, or to organize an event in your own community. 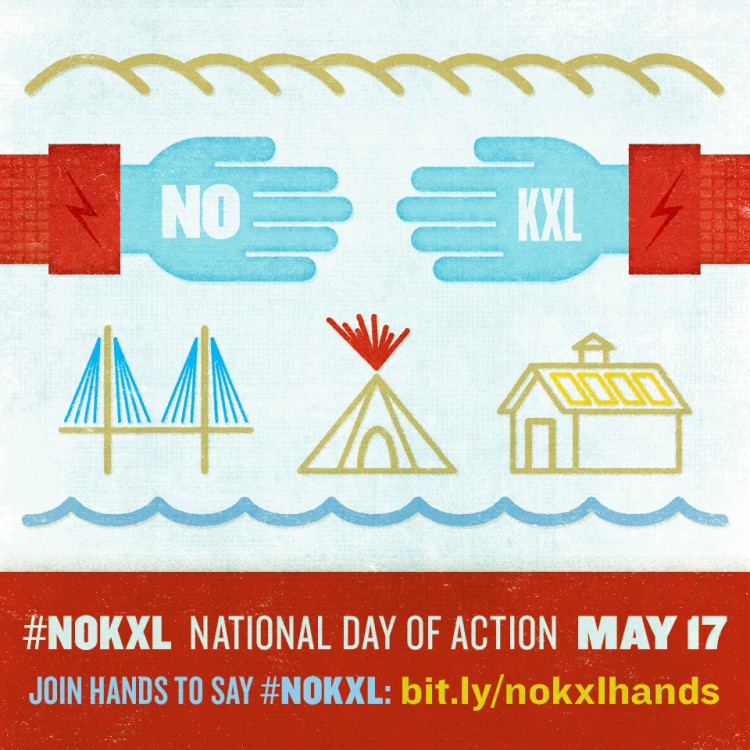