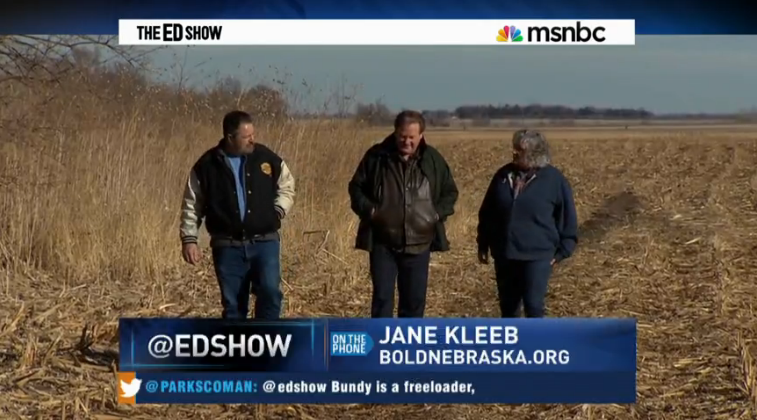 The topic: differences between the showdown with rancher Cliven Bundy and the government in Nevada — and the showdown in Nebraska between a foreign corporation authorized to use eminent domain for a tarsands export pipeline, and ranchers and farmers protecting their livelihoods and the land and water they have stewarded for generations.