Watch the video highlights below:

Omaha — Bold Nebraska and Nebraskans who advocate in favor of more biofuels are traveling to Kansas City, KS to testify at Thursday’s Environmental Protection Agency hearing on the new proposed targets for the Renewable Fuels Standard (RFS).

The Nebraska caravan to KC will include a 10-foot papier-mâché cowboy boot with the words “Big Oil” written on the side — to symbolize that Big Oil is behind the changes to the Renewable Fuels Standard that would stymie the replacement of fossil fuels with cleaner energy biofuels grown by Nebraska farmers.

The boot — created by local artist Priscilla Magaardan of Burwell, Nebraska will be on display outside the EPA hearing at the Reardon Convention Center all day on Thursday, and will be visible at a “Rally for Rural America” at the event that groups like Growth Energy, Nebraska Corn Growers Assn., and Nebraska State Senator Friesen are slated to attend.

“Big Oil keeps their boot right on farmers necks and our families pocket book every time we go to the pump,” said Jane Kleeb, Bold Nebraska Director. “It’s time for the EPA to stand with family farmers and give the Big Oil suits the boot by raising the Renewable Fuels Standard. Every ounce of Nebraska-made biofuels blended into our gas means power shifting from the oil industry to our rural towns.”

“Climate change is very real; it is starting to have negative effects on agriculture. We need to end our reliance on fossil fuels. Expanding the use of ethanol and biodiesel will help get us there,” said Art Tanderup, a farmer near Neligh, Nebraska who raises corn, soybeans and rye. “This country has opportunity to move forward with advanced biofuels, biomass-based diesel and cellulosic biofuels. We need to increase the biofuels standards so companies can invest, and farmers can step up to the plate to produce the raw materials.” 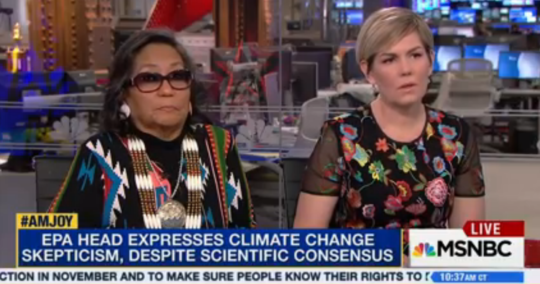