Saturday, April 18 is Earth Day, and before we head to the Earth Day Omaha celebration in Elmwood Park, we’ll be making a short detour to Rep. Brad Ashford’s office, to join a broad coalition calling on him to vote against TPP (the “Trans-Pacific Partnership”), a secret “trade” deal that would give corporations powers to trump a country’s environmental and labor laws.

The TPP (Trans-Pacific Partnership) is a “trade” deal being negotiated in secret by corporations and 12 countries’ governments, including the U.S.

What’s worse, Congress is considering putting TPP on “fast-track,” meaning the President could sign it without any meaningful hearings and absolutely no amendments — ensuring the corporations that wrote it have the final say.

TPP would give corporations new power to sue governments at an international tribunal, if they don’t like a country’s laws protecting the environment, or workers, or people of faith.

In addition to giving Big Oil and polluters the power to trump environmental laws, TPP would kill small farms and lead to unprecedented levels of job outsourcing overseas, weakened Internet freedoms, and higher drug prices among other ills.

Some advocates for TPP like to argue that the trade deal would increase “exports” for agricultural products like soybeans, corn and beef — but the dangerous flipside is that unsafe food and products also could come flooding into the U.S. 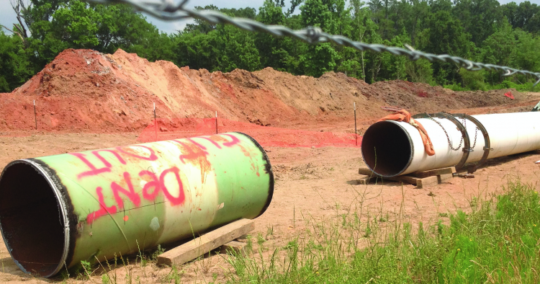 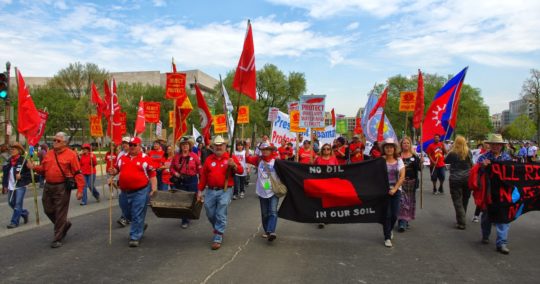 PETITION: Pledge to Join Us in the Streets to Protest TransCanada’s $15 Billion NAFTA Claim Over Keystone XL

News June 27, 2016
Tagged Keystone XL, NAFTA, TPP, TransCanada
SIGN: I pledge to join fellow U.S. taxpayers and Pipeline Fighters in the streets to protest TransCanada’s $15 billion NAFTA lawsuit claim for “lost revenues” over its rejected Keystone XL tarsands export pipeline project. In our country, TransCanada sued every single one of us for $15 billion on Friday. (1) Under our bad international trade […]
Read Post 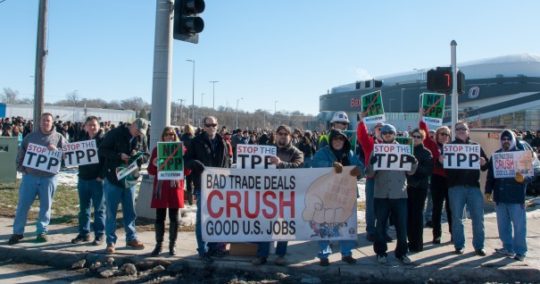