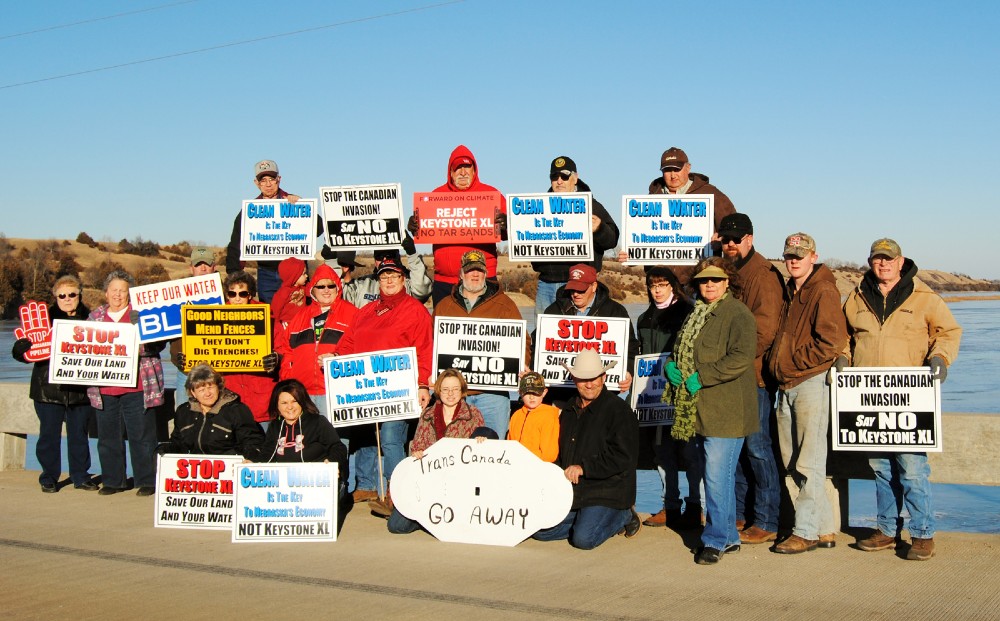 TransCanada has applied for new permits from the Army Corps of Engineers and state agencies to build its proposed Keystone XL pipeline across over 1,000 U.S. waterways, including the Missouri, Niobrara, and Keya Paha rivers in Nebraska. [1]

The pipeline would imperil the drinking water of Tribal, rural, and urban communities — including the city of Omaha — that rely on the Missouri River, as well as the precious Ogallala aquifer, which provides water that irrigates one-third of our nation’s crops.

This move by TransCanada to apply for new permits comes after indigenous, landowner, and environmental groups including Bold successfully sued to stop the company’s illegal use of a blanket “Nationwide Permit 12” to fast-track authorization of Keystone XL construction through all 1,000+ water crossings. [2]

The Army Corps and state agencies are now accepting public comments on TransCanada’s new water permit application until Sept. 13, 2020. (Public hearings are also expected to be scheduled in late September or October, details to come). [3]