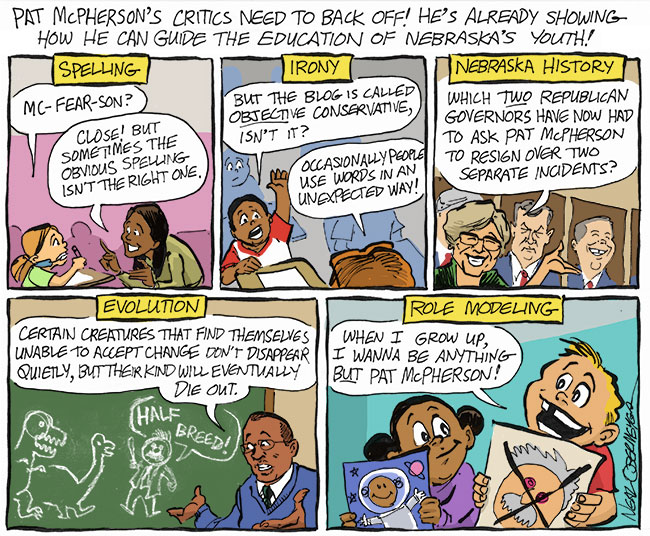 This new editorial cartoon from Neal Obermeyer digs into the controversy surrounding Patrick McPherson, a board member of the Nebraska Board of Education who was discovered to have penned several racist blog posts, including one that refers to President Obama as a “half-breed.”

On Wednesday, the State Board of Education will consider a resolution calling on McPherson to resign, noting the board “deplores racism in all form and expects respect and civility be shown to all people including the President of the United States.” 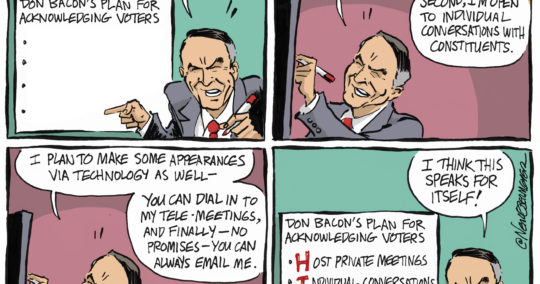 News February 20, 2017
Tagged Cartoons, Neal Obermeyer
Editor’s note: This new editorial cartoon from Neal Obermeyer hits Rep. Don Bacon for his claim that he does not plan to *ever* hold an in-person town hall meeting to hear from his constituents.  If you’re so inclined, some of Rep. Bacon’s constituents will be rallying at his Omaha office on Saturday: Saturday, 1:00 p.m. […]
Read Post 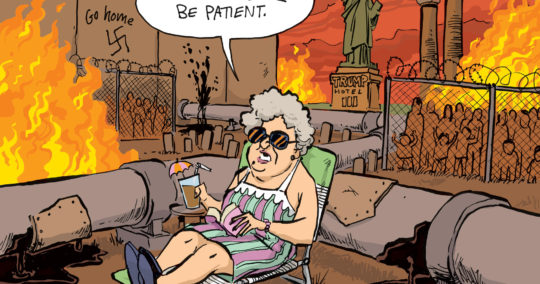 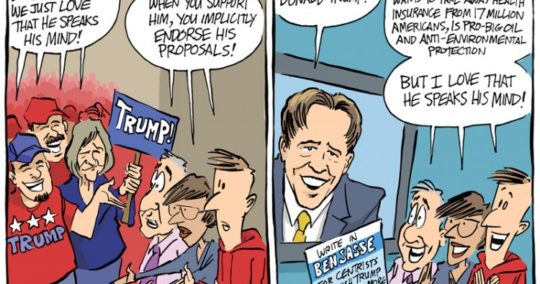 News March 18, 2016
Tagged Ben Sasse, Donald Trump, Neal Obermeyer
(Editor’s Note: Neal Obermeyer created this latest cartoon in response to Sen. Ben Sasse’s (R-NE) recent statement on national TV that he would ditch the GOP if Donald Trump became the party’s nominee for President, and some of the local reactions. Sasse’s statement on MSNBC is below. More of Neal’s cartoons at Nealo.com.)
Read Post
All News