The U.S. House is currently considering a “split” farm bill, which removes crucial SNAP food and nutrition programs and just considers the farm program elements. Over 500 farm and conservation organizations are on record opposing this split. More details below from our friends at the Nebraska Wildlife Federation, and you can watch the proceedings live here on CSPAN now: http://www.c-span.org/Live-Video/C-SPAN/

Late last night the House Rules Committee met and agreed to split the 5-year Farm Bill in two, and to hold a vote on the farm program part of the Farm Bill today. The House is now discussing the bill (watch it on CSPAN here). House Agriculture Committee Chair Frank Lucas (R-OK) asked House members to support the bill. The Committee’s Ranking Minority Member Colin Peterson (D-MN) said he opposed breaking the Farm Bill into pieces.

The bill being debated is reportedly the version that failed to get enough votes, minus the food and nutrition sections (SNAP, formerly known as food stamps); food and nutrition programs now make up the majority of Farm Bill funding.

Last week, 532 farm and conservation organizations said they opposed splitting the farm program pieces of the Farm Bill from the food and nutrition pieces. The groups recognize that without the urban-rural coalition that has come together to pass past Farm Bills, both the farm programs and the nutrition programs lack the broad support needed.

The House bill being voted on falls well short of the Senate Farm Bill, which includes a re-linking of subsidized crop insurance with conservation compliance to protect soil and wetlands. The House Farm Bill also cuts $1 billion more for conservation programs than the Senate bill cuts. What is not clear, should the House pass this half of the Farm Bill, whether there is a path forward to work out a bill with the Senate. 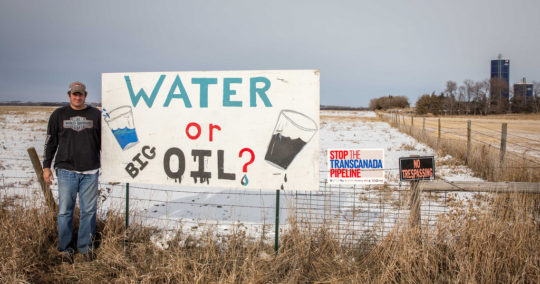