“Hopefully Lee Terry’s newly found song writing career will enable him to pay for his nice house after he gets sent home in November,” said Randy Thompson, rancher and New Energy Voter PAC chair. “If he wants a hit record in Nebraska I would suggest that he title it ‘Take This Pipeline and Shove It’ cause you ain’t workin’ here no more.”

The playlist, inspired by the industry-funded Consumer Energy Alliance list issued days before, was sent out using tax-payer money not only with the House Committee on Energy but also posted on Lee Terry’s official Facebook page (not his campaign page).

The New Energy Voter PAC requests all tax-payer money that has been spent on such a ridiculous attempt to be funny be reimbursed immediately and for Rep. Terry to apologize for wasting tax-payer money as he meets with landowners who have real concerns about their land and water.

“Instead of creating silly playlists, for a concert that Lee Terry is welcome to attend, he should sit down with Nebraska landowners to hear the real threat of losing their property to foreign corporation TransCanada,” said Jane Kleeb, Bold Nebraska Director and New Energy Voter PAC member. “Time’s up for Terry and his terrible waste of taxpayer money.”

“The people of Nebraska’s second Congressional District are sick of Lee Terry’s act, designed to promote  himself and foreign corporations while ignoring the interests of Nebraskans,” said Ken Winston, Nebraska Sierra Club Policy Advocate and New Energy Board Member. “Terry has wasted taxpayer resources to promote the KXL pipeline when there are important issues that would benefit the people of the Second District that he has ignored, such as incentives for wind development which creates far more jobs than KXL (without contaminating the Ogallala Aquifer) and will reduce electric rates for Omaha Public Power District customer-owners. We need to end Lee Terry’s tired act and elect a Congressman who represents the people of Nebraska.”

Rep. Terry is also invited to come listen to music on Sept. 5th, the evening of the Nebraska Supreme Court case on property rights and pipeline routing authority, where local bands who produced an album, in the solar-powered Energy Barn, called “Stopping the Pipeline Rocks” will perform original songs about what it means to be a Sandhills rancher and protect the Ogallala Aquifer. 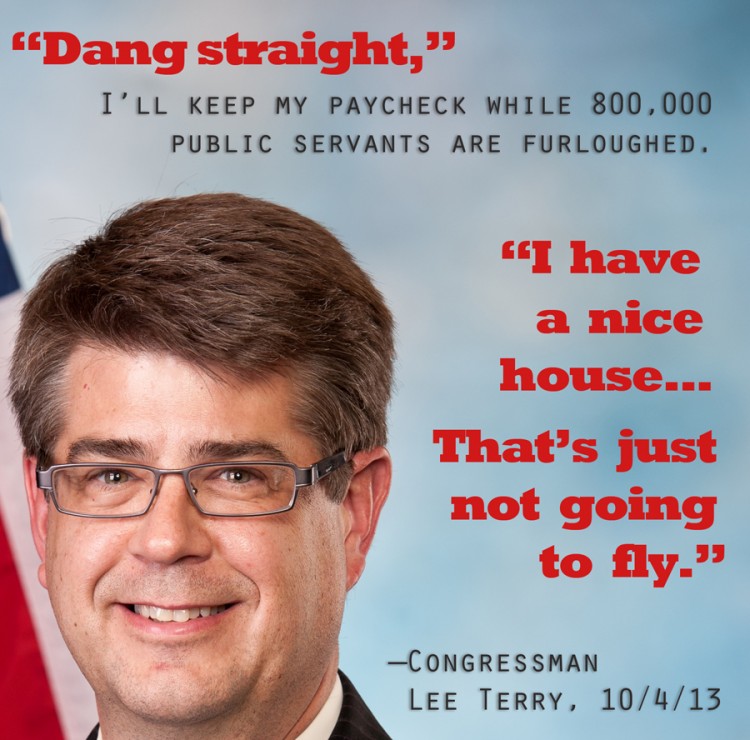