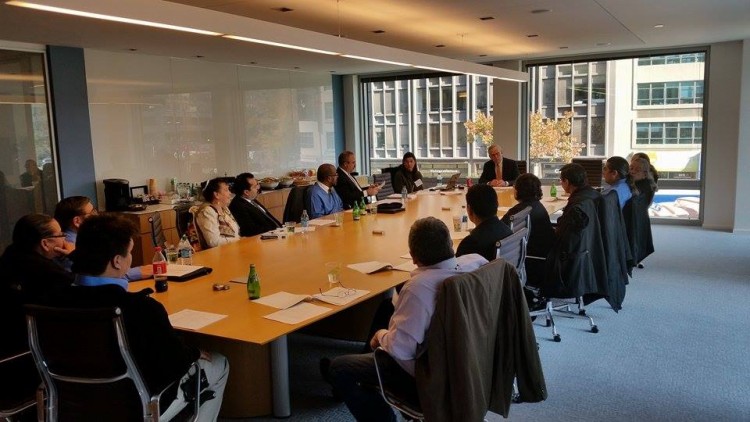 Washington, DC – November 20, 2014: Tribal presidents met with members of the Obama Administration to address a revolutionary new approach to sustainable renewable energy two days following the Senate’s recent refusal to pass a bill that would have authorized construction of the Keystone XL pipeline. The meeting included representatives from more than eight federal agencies and offices, including representatives from the Departments of Agriculture, Interior, Treasury, and Tribal Relations.

The proposed project, titled the Oceti Sakowin Wind Power Project (OSWPP), would be the first Native owned and operated power utility of its size. OSWPP is a 1 gigawatt wind farm, which would possibly traverse eight reservations in South Dakota. The wind farm would not only add much-needed infrastructure to the nation’s power grid, but also create green jobs for both Native Americans and non-natives. A model developed by National Renewable Energy Labs estimated that the project would create 500 construction jobs over two years and more than 75 permanent jobs. The Clinton Global Initiative has named the OSWPP “one of its favorite commitments.” The Rockefeller Philanthropy Advisors, the Northwest Area Foundation, and the Bush Foundations have all stated that they are actively supporting the OSWPP.

Senator Byron Dorgan stated that he had never seen this level of intergovernmental cooperation with tribes and was excited to see a potential new model for how Tribal Nations and the US Government can work together. He also stated that it was time for the government to keep their promise to the people who were here first.

President Brewer of the Oglala Sioux Tribe stated, “Support for this wind farm is coming from President Obama. He wants this to happen, because it is a way to provide good, safe energy—unlike the Keystone XL Pipeline, which endangers land, people, and water in South Dakota and beyond.”

President Scott of the Rosebud Sioux Tribe, stated that as this project moves forward the OWSPP infrastructure will not be used to support Tar-sand projects or infrastructure. “We are not going to be any part of supplying power to Keystone XL pipeline,” he added. “As Lakota people our ancestors mandated us to be stewards of the land.”

President Flying Hawk stated, “Today’s meeting is the start of something very important—making the wind farm a reality.”

Avis Little Eagle, a tribal council member from the Standing Rock Sioux Reservation, said that it’s important to focus on clean renewable energy and not tar sands for the sake of future generations. 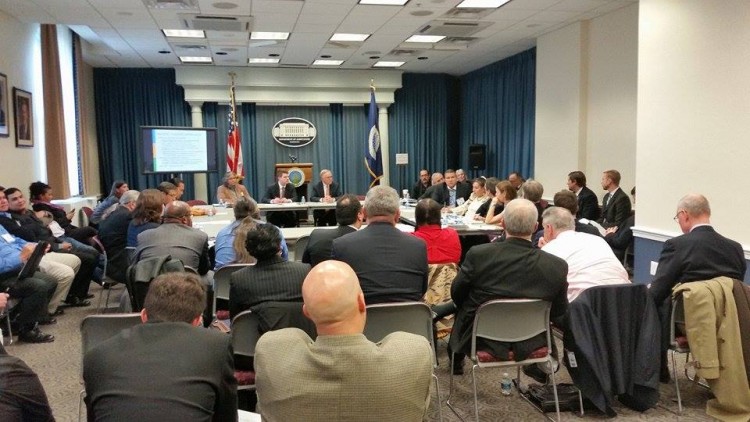