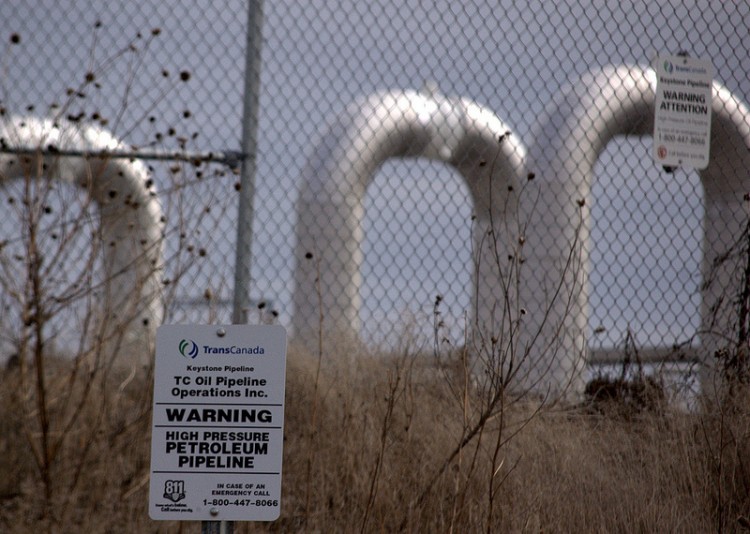 A memo delivered to the Obama Administration this week from local Nebraska and national groups details new evidence that proves that the proposed Keystone XL tar sands pipeline would be a major driver of increased development of dirty tar sands and the associated carbon emissions, thereby failing the “climate test” the president has set for approval of the project.

Experts from Oil Change International and the Natural Resources Defense Council collaborated in the creation of the memo, which makes a strong case that in the context of increased efforts by the Administration to work with the international community to combat climate change, and the president’s desire to secure his legacy as a climate champion, it is now clearer than ever that approving Keystone XL would be completely incompatible with these efforts.

Politico recently reported (“Will Cheap Oil Kill Keystone XL?”, Dec. 15), as did the Los Angeles Times, on the recent precipitous drop in global oil prices and forecasts of continued low prices for the foreseeable future — with the result being that Keystone XL no longer makes economic sense.

The memo lays out the financial analysis from the oil futures market which indicates that falling oil prices, combined with the inability of other methods of transportation to bring a great volume of tarsands to market, mean that Keystone XL is crucial to expanding the export of this dirtiest form of oil on the planet.

The memo goes on to make the case that the Keystone XL pipeline project fails the President’s own climate test, and that this high cost, high pollution crude is clearly among those reserves that must be left in the ground if we are to achieve our climate goals.

“Because of the drop in oil price among other factors, it is now undeniable that the proposed Keystone XL tar sands pipeline will cause significant additional carbon pollution and it therefore now clearly fails the climate test that the president established at Georgetown University last year,” said Stephen Kretzmann, executive director of Oil Change International. “The proposed Keystone XL tar sands pipeline should be the first fossil fuel project rejected explicitly on climate grounds. It will not be the last.”

“The case is stronger than ever to reject the dangerous Keystone XL tar sands project,” said Anthony Swift, staff attorney in NRDC’s international program. “Market forces and the latest climate science make it clear Keystone XL shouldn’t be approved because it would drive up carbon pollution, making climate change worse and jeopardizing our future. It’s not a plan to help our country. It’s about big profits for big oil – and big pollution for the rest of us. It’s a terrible idea, and it needs to be denied.”