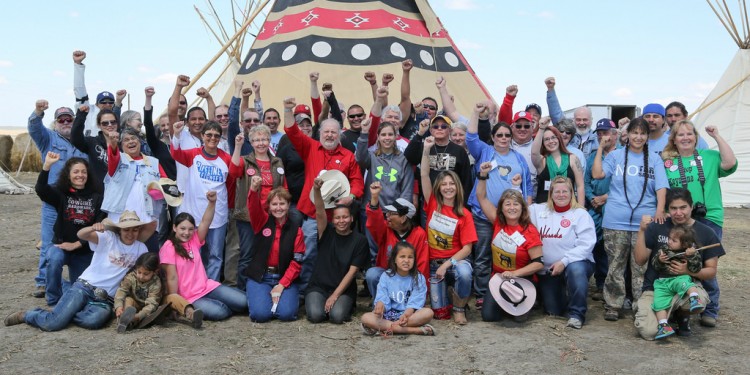 On December 1st, Bold and several of the intervenors filed comments in response to TransCanada’ motion to limit discovery.  Most of the intervenors are regular folks, not attorneys.  They have stepped up, done their research, and put forth the effort to participate in the PUC process because they care.  We would like to commend Paul Seamans, John Harter, Vi Waln, Bob Gough, Gena Parkhurst, Elizabeth Lone Eagle, Joye Braun, Gary Doerr, the Rosebud Sioux Tribe, the Indigenous Environmental Network, the Yankton Sioux Tribe, the Standing Rock Sioux tribe, the Cheyenne River Sioux Tribe, Nancy Hilding, Amy Schaffer, Bruce and Roxann Boettcher, Tom and Cathie Genung, Bonnie Kilmurry, Carolyn Smith, Cindy Myers, Byron (Stix) and Diana Steskal, Terry and Cheri Frisch, Art Tanderup and Wrexie Bardaglio for their willingness to participate and contribute their skills and knowledge in support of the rights of South Dakota citizens, tribes and landowners.

In particular, Bold called for the South Dakota PUC to allow discovery on four key areas:

These are areas that Nebraskans have been dealing with for several years in our own county governments and Public Service Commission, and we feel we have the experience and information to help support South Dakota citizens in this process.

Many of the key points in Bold’s response are the results of years of hard work done by pipeline fighters who cared enough to do the hard work of reading through Environmental Impact Statements and legal documents, taking notes, and keeping records of their findings.  Bold Nebraska would like to thank all of the people–again, just regular folks–who have sent us information, called us with questions, and taken the initiative to stand up for land and water and exercise your rights as citizens.  We would also like to thank our attorney Paul Blackburn for sharing his expertise and for representing us well.

NOTE: If you wish to join this meeting by conference call, please contact the Commission at 605-773-3201 by 5:00 p.m. CST on Monday, December 8, 2014. Lines are limited and are given out on a first come, first served basis, subject to possible reassignment to accommodate persons who must appear in a proceeding. Ultimately, if you wish to participate in the Commission Meeting and a line is not available, you may have to appear in person.

NOTE: Notice is further given to persons with disabilities that this Commission meeting is being held in a physically accessible place. If you have special needs, please notify the Commission and we will make all necessary arrangements.