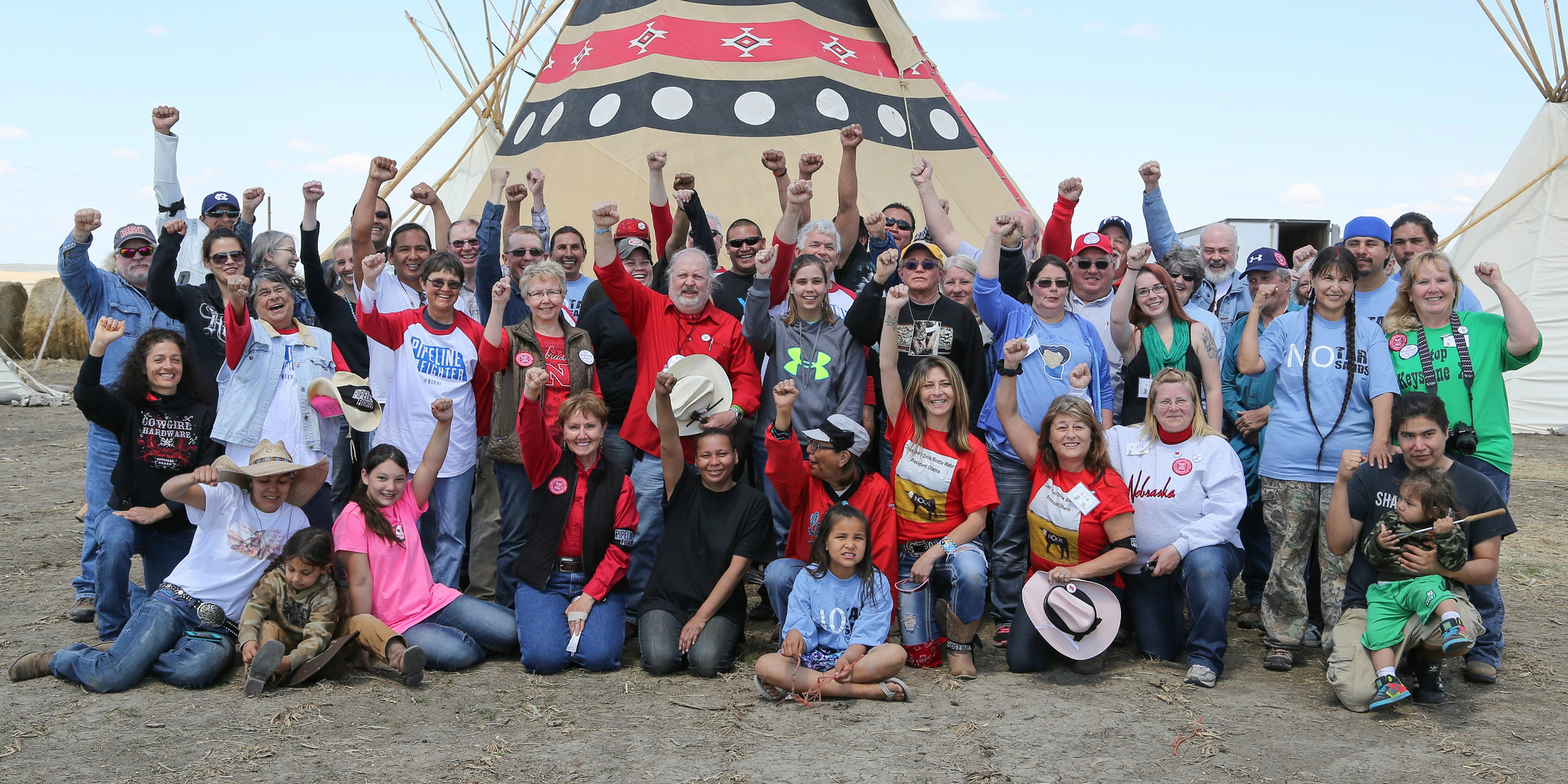 A new 45-day public comment period on this sham review is now open, and we must make our voices heard. (A solitary 3-hr public hearing has also been scheduled for Oct. 9 in Lincoln, NE.)

We’re outraged at this continued violation of Tribal sovereign rights, property rights and our environmental laws  — and Bold, along with Tribal Nations and other environmental groups continue to challenge the Trump administration’s rubber-stamp approval of a federal permit for KXL in the courts.

The draft SEIS states that, while “cultural resources” reviews remain ongoing, the Mainline Alternative route, which would cross the historic Ponca Trail of Tears, and come within 25 miles of the grave of Standing Bear, would have only “minor” impacts on these sacred sites. [1] Tribal Nations have continuously protested that TransCanada and the U.S. government have failed to conduct proper consultation with them about the project as sovereign nations.

This route also includes fragile sandy soils and and sensitive water crossings in Nebraska counties that have never before undergone environmental review — and still haven’t, because this sham SEIS took any and every shortcut possible to rely on the outdated 2014 review, in violation of key federal environmental protection laws.

Include specific references to your property’s location, and any significant features or concerns you have about KXL. If you have questions about submitting your comment, email mark@boldnebraska.org.)